GENNEP (21 October, 2022) – CREVENTIC is proud to confirm that the 24H SERIES powered by Hankook will be hosted at five different European venues in 2023, with plans forthcoming for a second Middle East Trophy to be held during the 2023-2024 off-season.

CREVENTIC is set to host three of its most popular European events once again in 2023 at the Autodromo Internazionale del Mugello in Italy, the Circuit de Spa-Francorchamps in Belgium, and the Circuit de Barcelona-Catalunya in Spain. On top of this, the 24H SERIES will also be making an oft-requested return to the vaunted Autodromo Nazionale Monza in Italy, and is preparing for its maiden event at the Autódromo do Estoril in Portugal, the latter of which will feature an exploratory ‘qualifying race’ format.

In short, on top of its traditional season-opening Hankook 24H DUBAI and the Hankook 6H ABU DHABI in January, CREVENTIC’s bespoke brand of endurance motor racing will be brought to fans and supporters across the glove from five different Grand Prix-calibre European venues as the Dutch promoter targets one of its strongest calendars to-date.

Alongside its European calendar of events, CREVENTIC is also finalizing a compact, Middle East Trophy, set to run during Europe’s motorsport off-season at some of the finest venues the region has to offer. As well as an additional competitive incentive for long-standing supporters, the Middle East Trophy builds on the anticipated success of the 2022/2023 program set to commence with this year’s Hankook 12H KUWAIT on 1-2 December.

Peter Freij, CREVENTIC operational event manager:“Our entire team is beyond thrilled to showcase the 24H SERIES powered by Hankook once again in 2023. We’re excited to be hosting some of our favourite European events at Mugello, Spa-Francorchamps, and Barcelona for at least another year, and are equally looking forward to strengthening new relationships with circuit management at Monza and Estoril, two of Europe’s most characterful racing venues. We haven’t forgotten fans of our Middle East events either, with the esteemed Hankook 24H DUBAI back for an 18th edition in January. This, plus the increasingly popular Hankook 6H ABU DHABI, we hope will serve as bedrock around which we will establish the Middle East Trophy.” 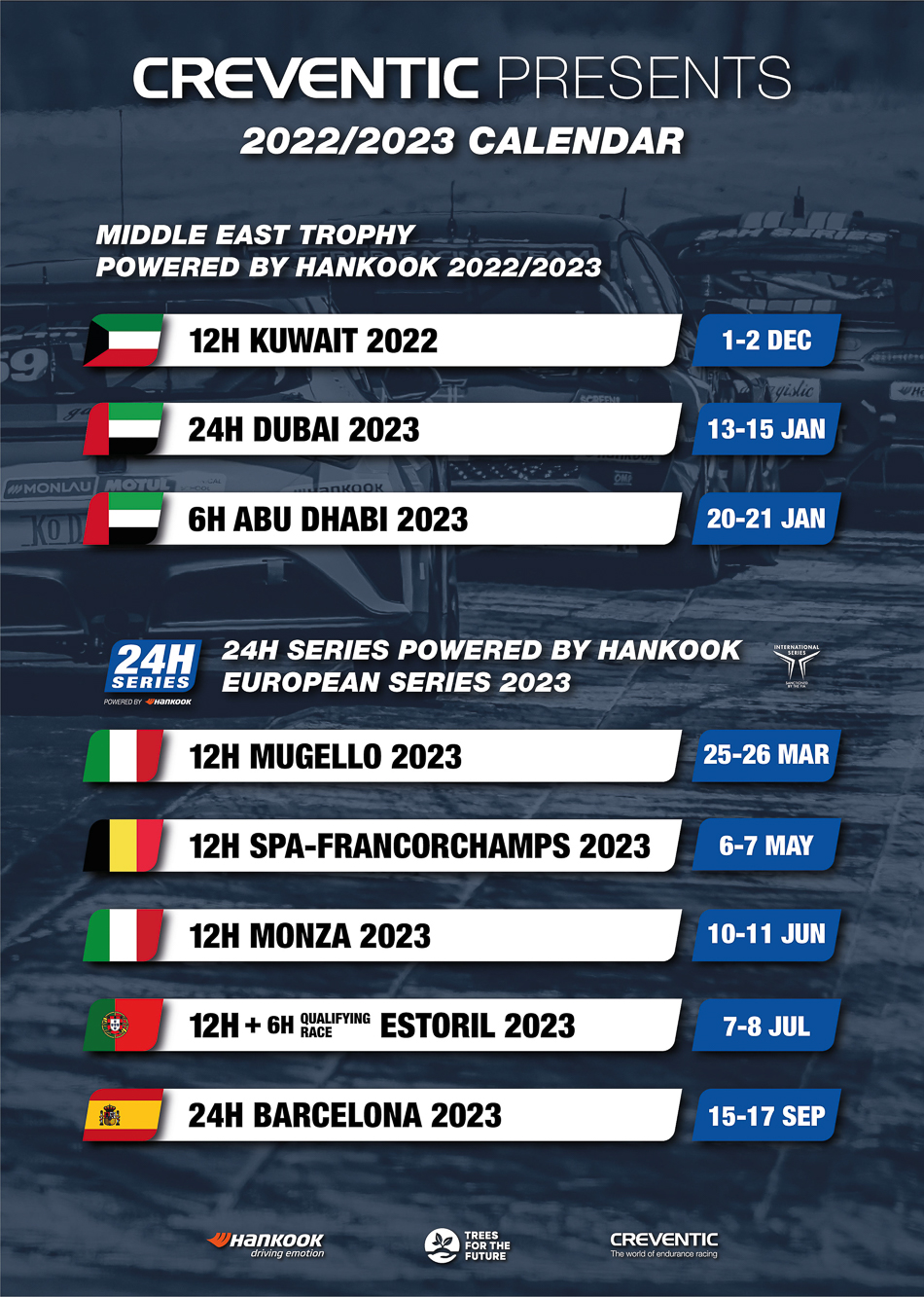 Fan favourites and new adventures across Europe for 2023 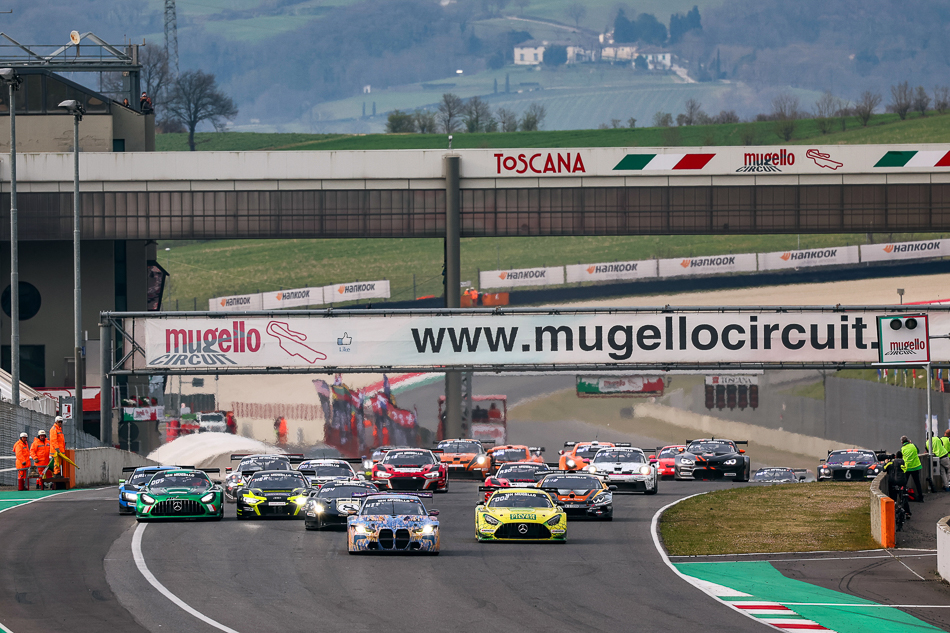 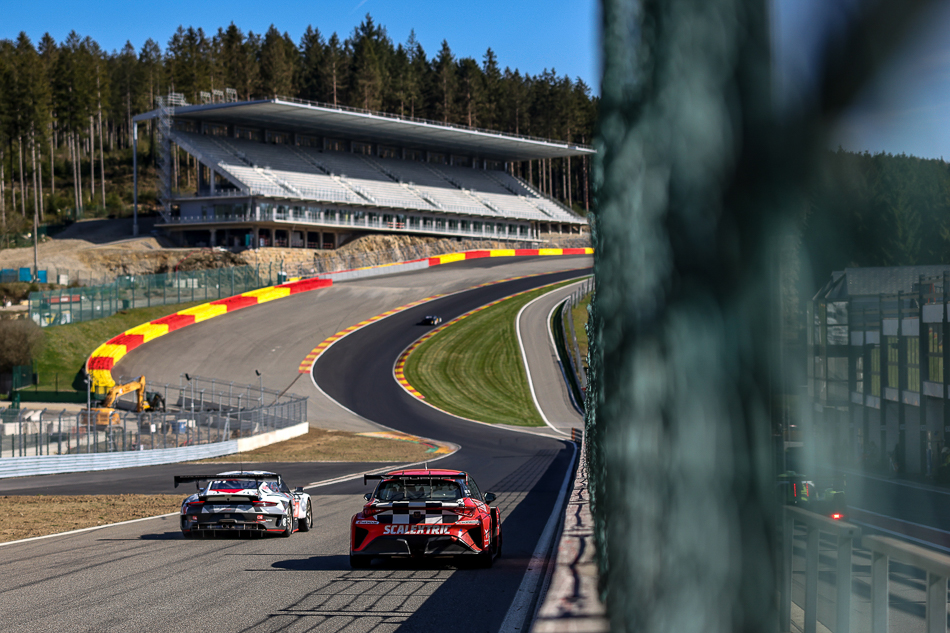 Among the most tenured events on the 24H SERIES calendar, the Hankook 12H MUGELLO has been hosted every year bar one since 2014, and on all-but one of those occasions has opened CREVENTIC’s European season. Nestled amidst the beautiful Tuscan hillside in Scarperia e San Piero, the 5.245km layout at the Autodromo Internazionale del Mugello has gone virtually unaltered since its inauguration in 1974. Couple the enthralling, rollercoaster-esque layout with stunning scenery and Florence’s rich culture, and it’s no surprise the Hankook 12H MUGELLO, heading into its ninth edition in 2023, remains one of the 24H SERIES’ most popular events.

Round two of the European season takes the 24H SERIES to the Circuit de Spa-Francorchamps on 6-7 May. The Hankook 12H SPA-FRANCORCHAMPS, first held in 2017, made a celebrated return to CREVENTIC’s calendar for 2022 after a three-year hiatus, successfully showcasing the vaunted Belgian circuit’s newly resurfaced track, gravel traps, and refurbished grandstands in the process. Boasting one of the most formidable challenges in motorsport, it’s little wonder fans and competitors alike were clamouring for the 7.004km Ardennes circuit’s return for 2023.

One month later, the 24H SERIES journeys to the equally revered Autodromo Nazionale Monza for the Hankook 12H MONZA on 10-11 June, the series’ second Italian round of the year. Hosted for the first time during a truncated 2020 season, Italy’s most historic motor racing venue captured fan imagination across the globe, and, thanks to the 5.793km Autodromo’s mix of high-speed straights and banked corners, plus hard-braking chicanes, produced some of the closest and most exhilarating racing of the entire season. CREVENTIC is privileged to feature ‘the temple of speed’ on its calendar once again.

After the first of two summer breaks in 2023, the 24H SERIES makes its way to the Autódromo do Estoril in Portugal for the first time. Featuring an unprecedented race format across the 7-8 July weekend – more on that below – the inaugural Hankook 12H ESTORIL is sure to provide team strategists with a brand-new challenge, unprecedented in the 24H SERIES, at one of Portugal’s most picturesque and storied motor racing venues.

On 15-16-17 September, the 24H SERIES’ European season draws to a close at the 23rd Hankook 24H BARCELONA. The 4.675km Circuit de Barcelona-Catalunya offers one of the fastest yet most complex circuit configurations each season. Combined with the summer heat, the Hankook 24H BARCELONA, held for the first time in 1998 and hosted every year since then bar two, remains one of the most challenging 24-hour endurance races every year.

Three European events – the Hankook 12H MUGELLO, the Hankook 12H SPA-FRANCORCHAMPS and the Hankook 12H MONZA – will feature an ‘overnight intervention,’ allowing drivers and team personnel alike to rest during the night before endurance racing action resumes the following morning.

In a first for the 24H SERIES, a six-hour ‘qualifying race’ will be held on Friday 7 July prior to the start of the Hankook 12H ESTORIL on Saturday 8 July. As well as providing additional track time, the 6H event, to be run uninterrupted, will determine the grid for the following day’s 12-hour endurance race.

A pre-determined number of pit stops will be mandatory during the 6H race, which will be concluded with podium celebrations. Entrants will also be awarded points – half that traditionally allocated during CREVENTIC’s 12-hour events – towards their European championship standings. The 24H SERIES’ conventional three-session Qualifying will be run as normal to determine the grid for the 6H qualifying race.

David Vink, commercial event manager: “The 6H ‘qualifying race’ is a format CREVENTIC has been considering for some time now, and it will be exciting to see it come to fruition ahead of the Hankook 12H ESTORIL. It’s an idea inspired by Formula 1’s sprint race weekends, albeit with our own #ThisIsEndurance twist, and a format that will give our competitors even more time on-track.” 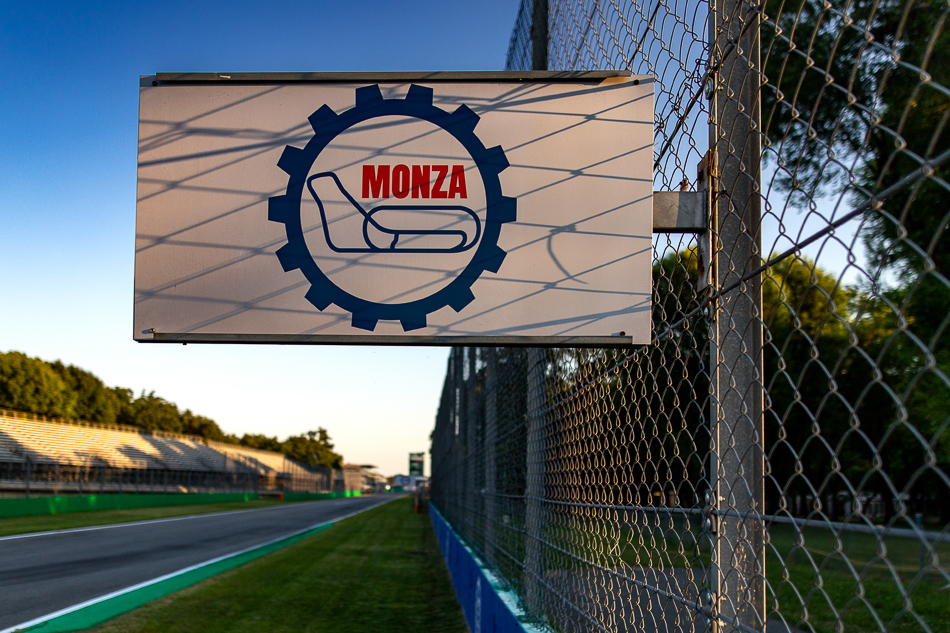 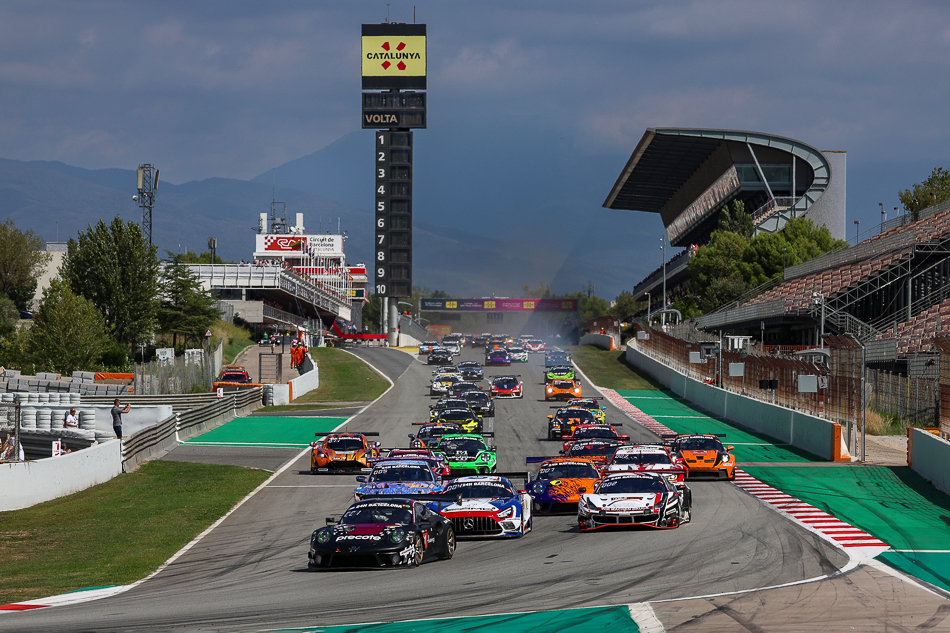 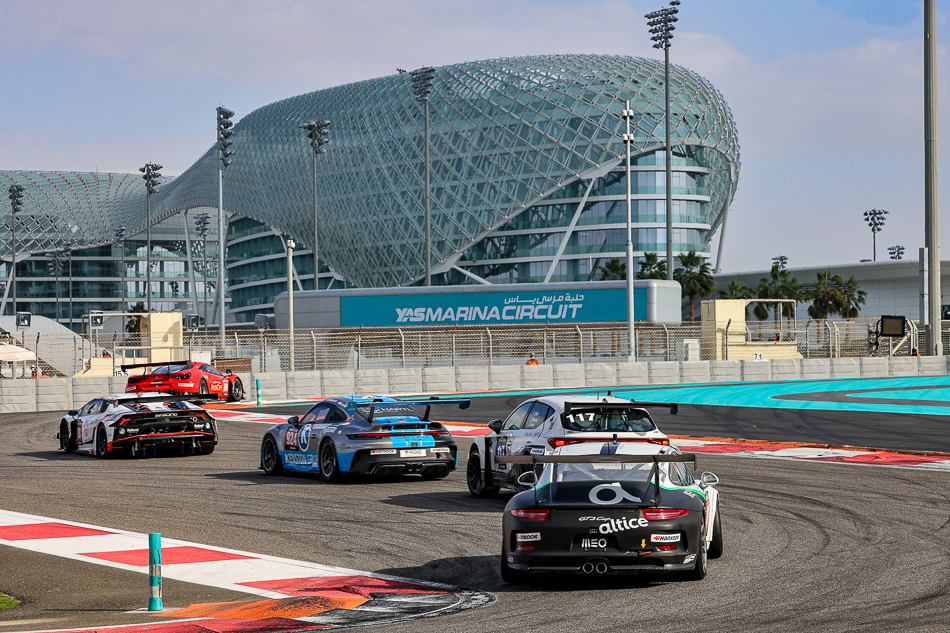 As is tradition, 24H SERIES powered by Hankook action kicks off in 2023 with the Hankook 24H DUBAI, to be held at the 5.39km Dubai Autodrome. CREVENTIC’s flagship 24-hour event, first held back in 2006, is among the first major motorsport events hosted every new year, and returns for its 18th edition on 13-14-15 January. Close to 90 entries have already been registered with three months still left to go before the green flag drops.

One week later, the Hankook 6H ABU DHABI will be held for the third consecutive year on 21-22 January. The six-hour endurance race at the 5.281km Yas Marina Circuit is fast becoming one of CREVENTIC’s most captivating events, and thus makes an ideal season-closer for the 2022 / 2023 Middle East Trophy. For 2023 / 2024, an extended Middle East Trophy, with the Hankook 24H DUBAI once again at its core, could encompass up to four different venues in the MENA region, and would sign-off with the coronation of new champions in Abu Dhabi. Teams and drivers from around the world are eligible to compete.