Just days removed from the inaugural Hankook 12H KUWAIT, CREVENTIC is delighted to announce a second edition of the 12-hour event will be held on 6-7-8 December in 2023, with a third also planned for 2024.

This past weekend’s Hankook 12H KUWAIT was the first-ever international motor race to be held at Kuwait Motor Town, the nation’s first permanent racing facility. The event also proved to be one of the most dramatic of the 24H SERIES powered by Hankook in 2022, with five different teams taking the top spot at least once, and CP Racing assuming the lead with less than one hour left to run. Moreover, with Kuwait Motor Town festooned with fans during the night, thanks to myriad paddock activities organized by the circuit, the inaugural Hankook 12H KUWAIT proved to be one of CREVENTIC’s highest attended races of 2022.

Such was the success of the inaugural event, CREVENTIC, in collaboration with Kuwait Motor Town, has already finalized a deal for the second edition of the Hankook 12H KUWAIT to return in early December next year as part of a three-year contract. With the event also set to be held in 2024 – details of which will be revealed later next year – it is hoped that Kuwait Motor Town will join the likes of the Dubai Autodrome, the Autodromo Internazionale del Mugello and the Circuit de Barcelona-Catalunya as a popular staple of the 24H SERIES calendar.

Gerrie Willems, CREVENTIC technical coordinator:  “We are so grateful for the warm welcome the 24H SERIES received on its first visit to Kuwait, and it is incredibly exciting to announce that our relationship with Kuwait Motor Town will continue into 2023 and 2024. The Hankook 12H KUWAIT proved to be one of the most ambitious challenges yet for CREVENTIC, and to see how positively our 2022 season finale has been accepted inspires us to push hard to make next year’s edition even bigger.”

Mohammed Al-AbdalRazzaq, Kuwait Motor Town general manager: “Kuwait Motor Town is proud to have hosted the very first international circuit race in Kuwait as part of the 24H SERIES powered by Hankook. The event was a great accomplishment that exceeded all expectations in its success. Not only did the race showcase Kuwait Motor Town on the international stage, but also provided racers from around the world the opportunity to experience one of Hermann Tilke’s latest track designs in the region. Kuwait Motor Town is very excited to be hosting the second edition of the Hankook 12H KUWAIT in December 2023. We look forward to working with CREVENTIC once again to deliver the next level of endurance racing.” 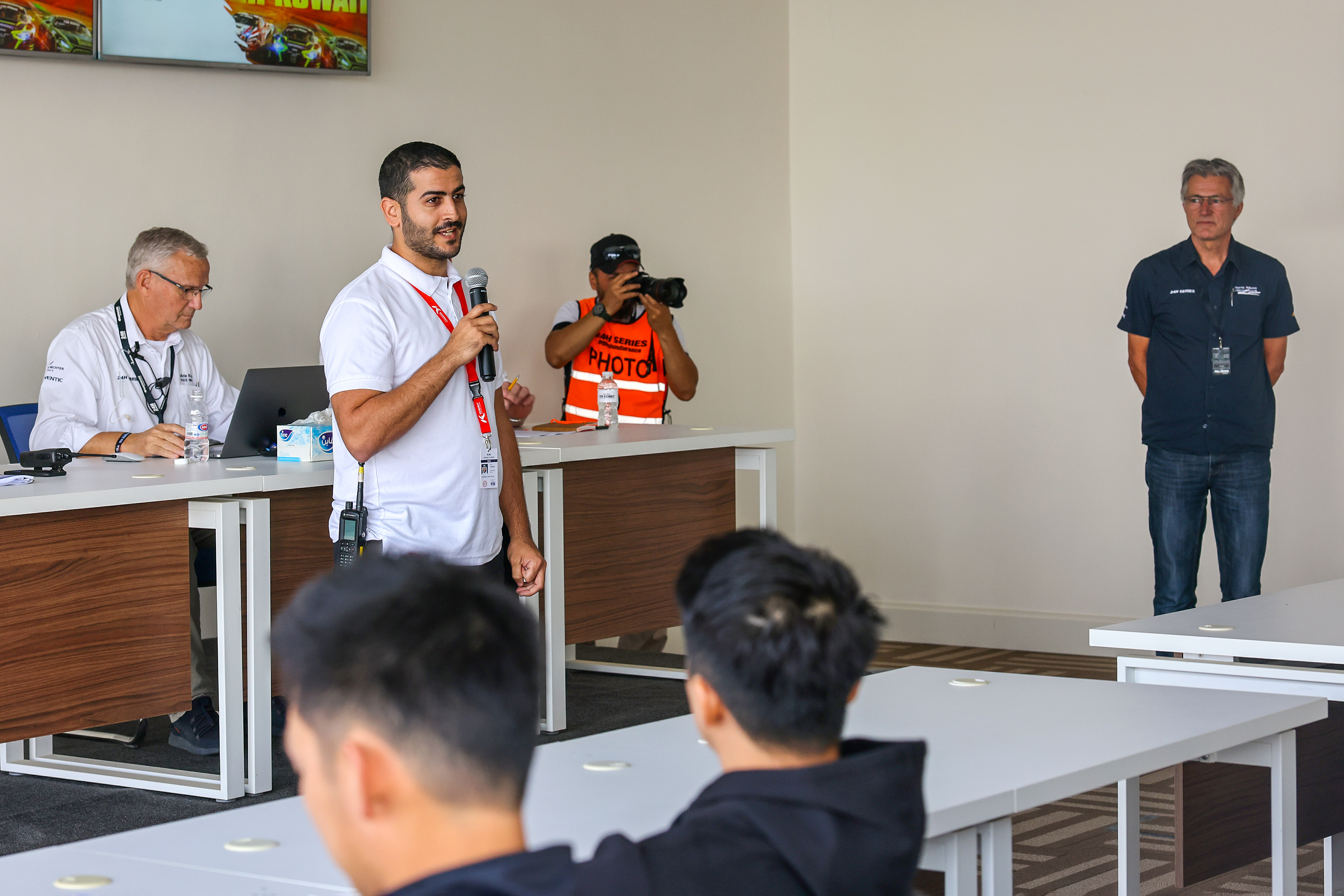 As well as bringing the curtain down on the 24H SERIES’ Championship of the Continents this season, the uninterrupted 12-hour event also kick-started CREVENTIC’s brand-new Middle East Trophy, which will continue with the Hankook 24H DUBAI on 13-14-15 January 2023 and conclude at the Hankook 6H ABU DHABI one week later on 21-22 January.

With interest continuing to rise for this year’s inaugural three-round regional program, plans are already underway for the Middle East Trophy to return for 2023/2024, with the 2nd Hankook 12H KUWAIT on 6-7-8 December 2023 and the 19th annual Hankook 24H DUBAI on 12-13-14 January 2024 expected to be prominent pillars.

Further details regarding both the European-based 24H SERIES powered by Hankook and CREVENTIC’s Middle East Trophy can be found at 24hseries.com/races. Further information can also be sought directly from CREVENTIC via [email protected] and/or +31 485 471 166.