·      Battle for the win between CP Racing and Team GP-Elite is decided by a moment in the gravel and a mechanical failure.

Amazingly, what looked to be an easy run to the flag for Team GP-Elite ended when the Porsche ground to a halt with drivetrain issues just 45 minutes from home. This allowed the recovering CP Racing to retake the lead, and ultimately, take its second outright win of the 2022 24H SERIES powered by Hankook season.

The results secures CP Racing the GT Continents Trophy in what was, fittingly, the 50th CREVENTIC event for both Charles Putman and Charles Espenlaub.

“Oh my God, I’ve got such a great team!” a jubilant Charles Putman explained to radiolemans.com’s Joe Bradley. “As we got into that last 30 minutes or so, just before [Team GP-Elite] broke down, I said, ‘well, they’ve got us on pace and they’re looking good,’ and you never wish ill luck on anyone because those guys did an excellent job. But you just never know. It’s never over until it’s over in endurance racing!”

“Obviously the CP Racing guys gave us a great car,” Charles Espenlaub continued. “The AMG’s an awesome, awesome machine and we’ve had great success this year. We had the strategy to take the battle to the end [with Team GP-Elite]. We needed a bit of luck, and I hate that they had bad luck because those guys were fast the whole time, and drove a really good race. But this is still a great result.” 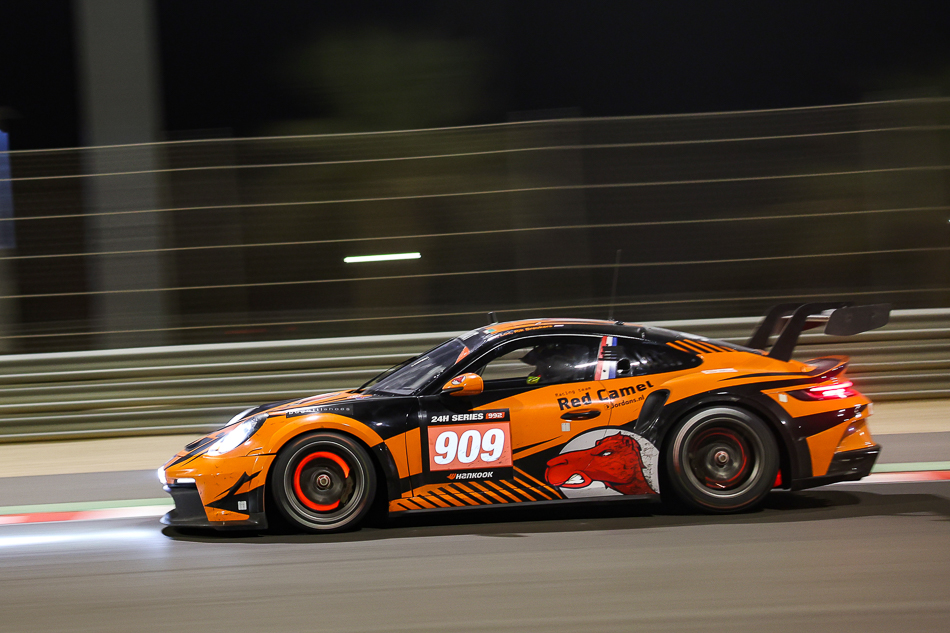 Following Team GP-Elite’s issue – the bitterly disappointed Dutch team was eventually classified 8th overall – the Team Kuwait by MRS GT-Racing Porsche 911 GT3 R (#47, Mohammad Al-Kazemi / Zaid Ashkanani / Ahmad Al Ghanem) was elevated to 2nd overall. The Kuwait outfit, which started its home event from a popular pole position, led the opening stages of the race but lost considerable time after a wheel-banging moment with one of the two Hofor Racing by Bonk Motorsport TC-class BMWs with less than three hours left on the clock. A collision that briefly left the Porsche beached in the gravel.

Team GP-Elite’s demise also meant that, amazingly, 992 class winner Red Camel-Jordans.nl (#909, Ivo Breukers / Luc Breukers / Rik Breukers) completed a meticulous run in Kuwait on the outright podium. This marks the second time in as many years that a Porsche 911 GT3 Cup car has finished in the overall top three at a 24H SERIES powered by Hankook season finale.

ARC Bratislava was another high-profile GT3 front-runner not to go the distance. The Lamborghini Huracán GT3 (#44, Miro Konopka / Matej Konopka / Zdeno Mikulasko) was well in contention early on but the Slovakian team’s efforts were felled by setup issues and multiple punctures. The Lamborghini briefly returned to the track during the closing two hours, setting the event’s fastest lap – a 1m 52.062s – in the process. 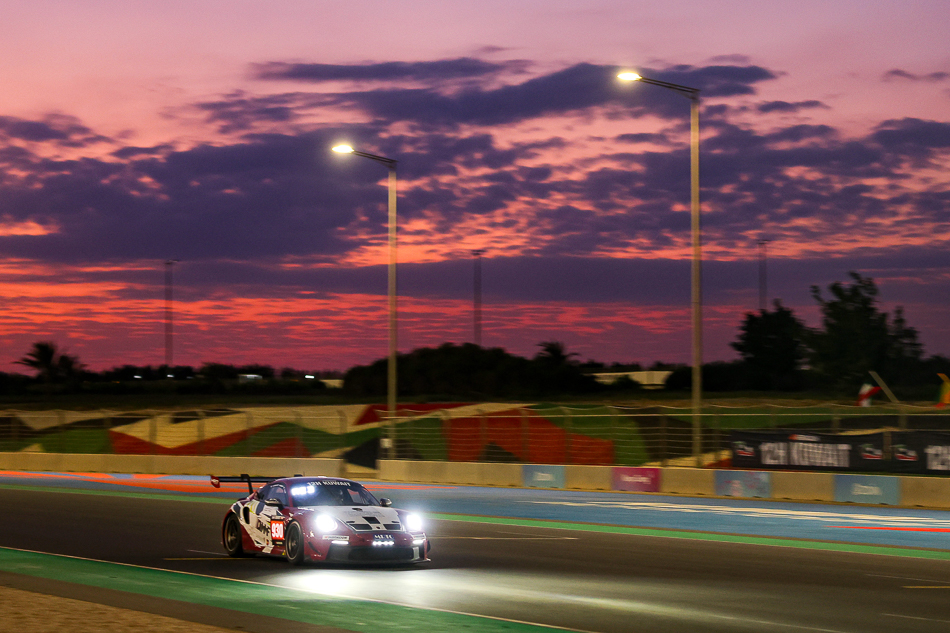 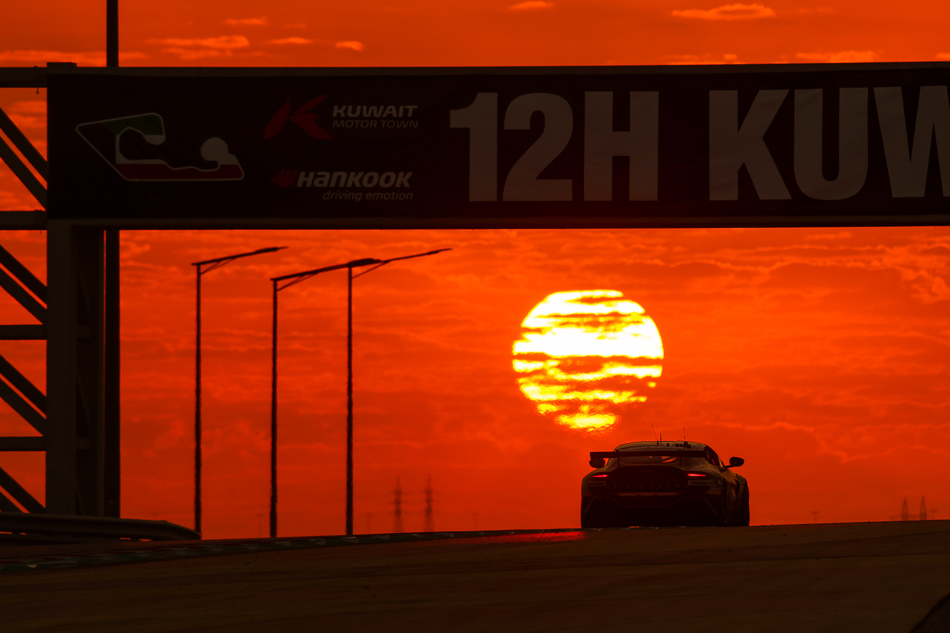 The Leipert Motorsport Lamborghini Huracán Super Trofeo (#710, Kerong Li / Jean-Francois Brunot / Gregg Gorski) rounded out the overall top 10, claiming a sensational GTX victory in the process. The German team completed just two hours of track time ahead of the race owing to delays to the arrival of its equipment container. The result also secured Leipert Motorsport the runners-up spot in the GT Continents Trophy.

Vortex V8 (#701, Philippe Bonnel / Lionel Amrouche / Nicolas Nobs) finished a solid run at Kuwait Motor Town, truncated only by rear brake issues, to claim 2nd in-class. Having recovered from an early spin and a grid penalty, razoon-more than racing (#714, Dominik Olbert / Daniel Drexel / Haytham Qarajouli) was leading GTX after the opening four hours only to suffer engine failure, and a small fire. Having lost just under two hours replacing the engine and gearbox, the KTM X-BOW GTX then suffered alternator failure, but did eventually cross the line 3rd in GTX. The team’s superb efforts were dutifully rewarded with radiolemans.com’s Spirit of the Race award.

Despite an early problem with a loose fuel filler cap, the Century Motorsport Aston Martin Vantage AMR GT4 (#429, David Holloway / Adam Hatfield / Bradley Ellis / Piers Johnson) emerged victorious in GT4 ahead of the sister RHC Jorgensen-Strom by Century BMW M4 GT4 (#450, Daren Jorgensen / Brett Strom / Nathan Freke). The BMW spent most of the first half of the race in the category lead only to run out of fuel shortly afterwards. An error during its recovery, which led to the front towing eye being ripped out, meant RHC Jorgensen-Strom by Century lost even more time, though the American-British collaboration was still able to withstand the Herberth Motorsport prepared Lionspeed Racing Porsche 718 Cayman GT4 CS MR (#491, José Garcia / Daniel Miller Andreas Bakkerud / Patrick Kolb) for 2nd in-class.

“We’ve had a really amazing season this year!” Tanart Sathienthirakul explained to radiolemans.com’s Joe Bradley. “We didn’t really think it was going to happen at the beginning [of 2022], but all that hard work has paid off. We had a couple of issues around eight hours, but the team did an amazing job, they put us back on the track again, and after that it was just a case of staying out of trouble and staying in one-piece.”

A good start to the event for AC Motorsport (#188, Stéphane Perrin / Mathieu Detry / James Kaye), which also came into the Hankook 12H KUWAIT in contention for the TCE Continents Trophy, sadly came to naught when the Audi RS 3 LMS suffered rear wheel hub failure and, shortly afterwards, an undiagnosed severe vibration. The plagued the team for the majority of the event before the decision was made to retire the car on safety grounds. Similarly, title rival Wolf-Power Racing (#116, Jasmin Preisig / Ivars Vallers / Mohammad Al Sabah) endured a host of issues with its own Audi RS 3 LMS, which started with an off in Free Practice and a loose front splitter during the early stages of the race itself. This was followed with a punctured radiator, front-end bodywork damage and suspected damper issues en-route to a hard-earned 4th in TCE. 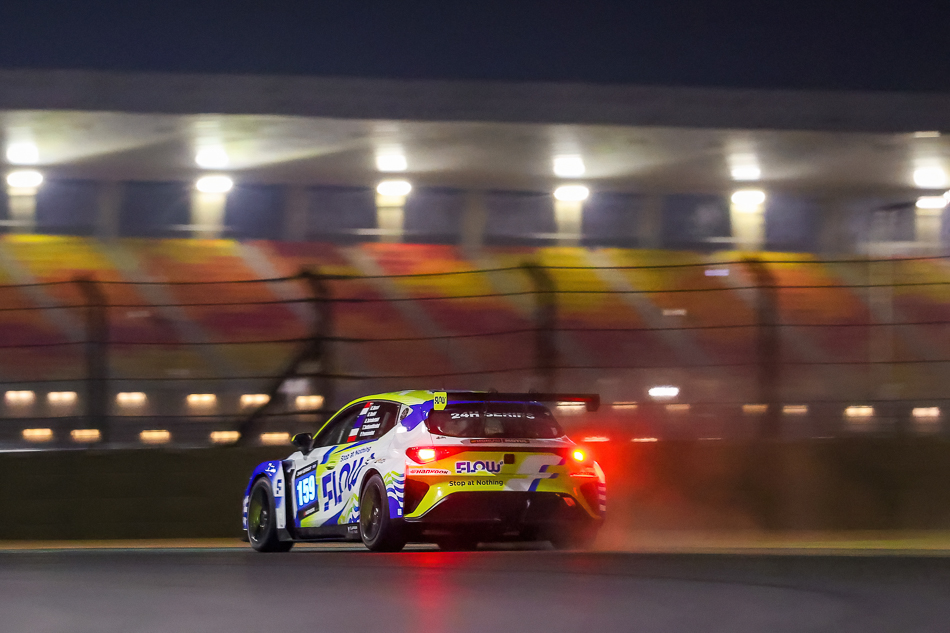 Though the 2022 season is in the bag, and the opening round of CREVENTIC’s brand-new Middle East Trophy has been completed, endurance racing action continues in just over one month’s time with the 18th annual Hankook 24H DUBAI on 13-14-15 January. The event will be followed one week later by the final round of the Middle East Trophy – the Hankook 6H ABU DHABI – on 21-22 January. Further details regarding the 2023 24H SERIES calendar and championship standings can be found HERE