With the GTX Teams’ European championship sewn up at the 2022 Hankook 24H BARCELONA, Leipert Motorsport will focus its efforts on securing the Championship of the Continents at the upcoming Hankook 12H KUWAIT in December. 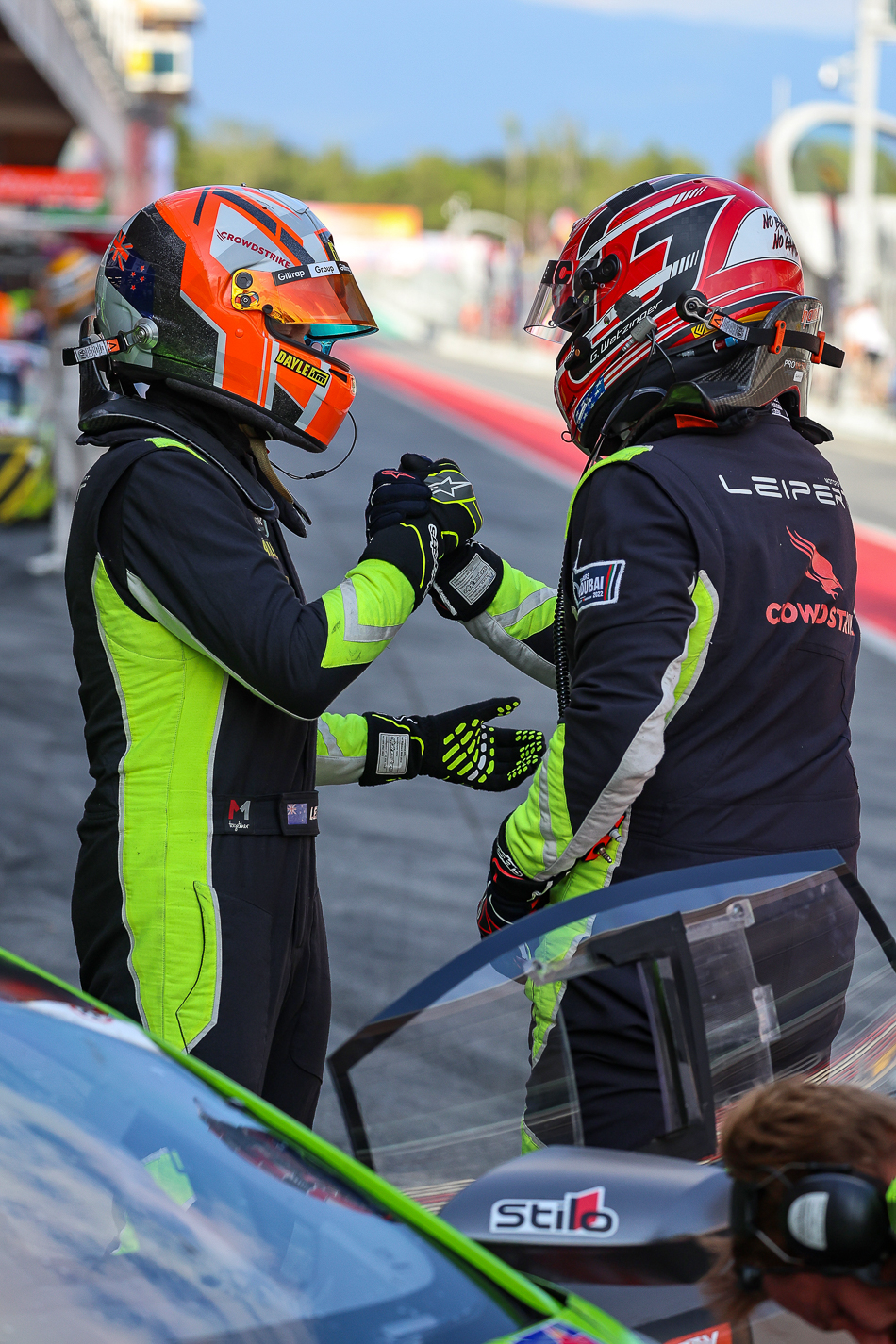 On top of securing the GTX Teams’ European championship at the recent Hankook 24H BARCELONA, Leipert Motorsport has now propelled itself into contention for the GT division’s Championship of the Continents, set to be decided on 2 December at Kuwait Motor Town.

Though the Leipert Lamborghini Huracán Super Trofeo led the GTX class for 23 of the completed 24 hours in Barcelona, and collected the chequered flag an astonishing 48 laps clear of 2nd-placed RD Signs, the Hankook 24H BARCELONA was far from a cakewalk for the German team. Solid runs from Gerhard Watzinger, the returning Brendon Leitch, and Brunot during their respective qualifying sessions (Leitch even set the fastest GTX lap during Q2) secured the Lamborghini 3rd on the GTX grid, but Watzinger was immediately in trouble when the green flag dropped.

A bizarre incident saw the Leipert and RD Signs’ Lamborghinis tangle with Red Ant Racing’s #904 Porsche 992 GT3 Cup as the trio crossed the start-finish stripe at the beginning of the race, an impact that caused bodywork and left-rear suspension damage to the Leipert Lamborghini and te significant front end and radiator damage to the Red Ant Porsche. The RD Signs Lamborghini meanwhile, having been tipped into the wall in front of the main grandstand, spent close to two hours in the garage for major repairs to the rear axle and gearbox.

All this left the Vortex V8 duo out front in GTX, though recurrent electrical and handling problems soon dropped both lightweight 1.0 sports cars back behind the recovering Leipert Motorsport Lamborghini. Despite being three laps ahead of its nearest competitors after just four hours, Leipert was by no means out of the woods, the Lamborghini suffering race-long brake issues and overheating problems, the likes of which had already cost the German team class victory at Hockenheim almost within sight of the flag.

After a gruelling race, Watzinger eventually drove the #710 Huracán across the line to secure GTX victory and, with it, the European title.

“A fantastic race in Barcelona,” explains managing director Marcel Leipert. “After the accident on the first lap, we were initially worried that we would be out of the title race early. But the team did an excellent job in the pits and after the relatively short repair time the car ran perfectly. All the drivers did an outstanding job.

“We have clinched the first two championships of the 2022 season. Now we want to take the remaining two 24H SERIES titles in Kuwait as well.”

Having led its class both at half-way and full distance, and thus secured maximum points in Catalunya, Leipert Motorsport has now moved to within one point of Championship of the Continents contender HRT Performance, and to within six of standings leader, CP Racing. The German team also leads the GTX Teams’ ‘Continents’ standings over Vortex V8 heading into the Hankook 12H KUWAIT season finale.

Leipert Motorsport has already confirmed that new champions Brunot and Li will once again team with Watzinger and Gregg Gorski in the #710 Lamborghini.

Willi Motorsport by Ebimotors back on the top step on 24H SERIES return; ‘992’ debut planned?