Though WTM Racing (#22, Georg Weiss / Leonard Weiss / Nicolas Varrone / Daniel Keilwitz / Indy Dontje) started on the front row of the grid, and even took the lead during the opening two hours. A collision at turn 10 soon after ended up dropping the Ferrari to the tail of the top 20, but a strong performance throughout the night meant the 488 GT3, in its last 24H SERIES race, was soon battling for 3rd. Terminal issues for the GT frontrunners meant WTM Racing was back at the front shortly before daybreak.

Following wins earlier this season at Spa-Francorchamps and Hockenheim, 2nd overall at the Hankook 24H BARCELONA was enough for Phoenix Racing to seal the 2022 Overall GT Teams’ European championship.

“In the end it was a great battle with the Ferrari until the last moment,” Pierre Kaffer explained. “We may have finished 2nd but we’ve won the European championship, so everything worked out and we are very pleased with this result. Thank you to the whole Phoenix Racing team, to all of my colleagues, and to Audi for a great car. It’s been really great to drive this year, and I’ve really enjoyed being a part of this program!” 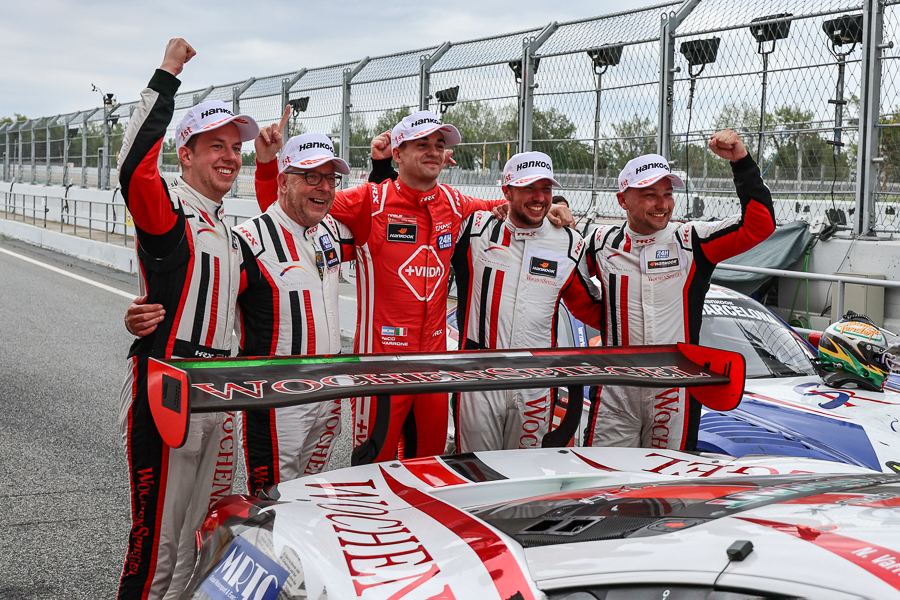 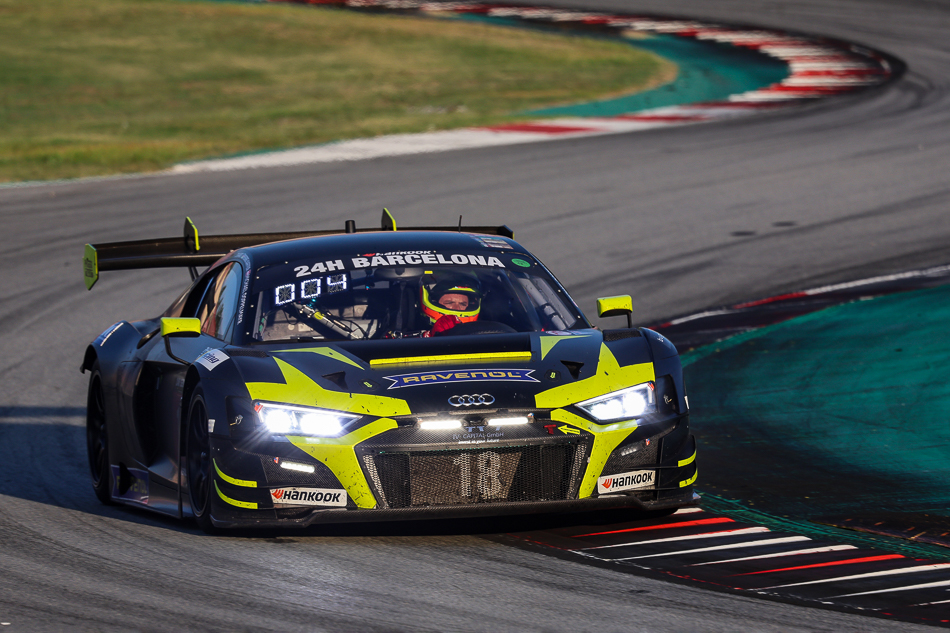 The UAE’s Rabdan Motorsport (#977, Saif Alamer / Nikolai Gadetskii / Thierry Vermeulen / Enrico Fernando Fulgenz) had been in 992 podium contention early on but eventually retired in the closing hour due to a loss of oil pressure. 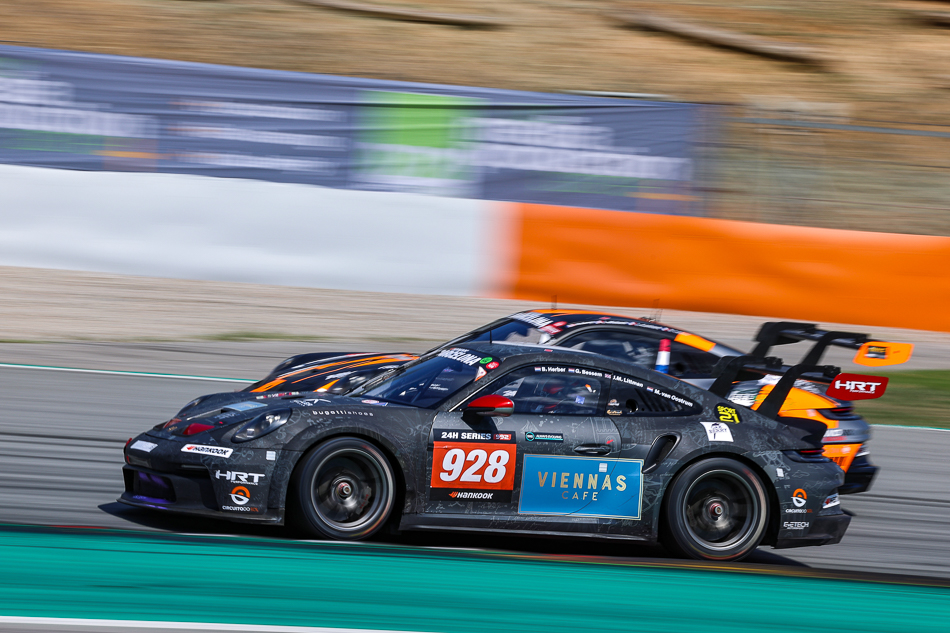 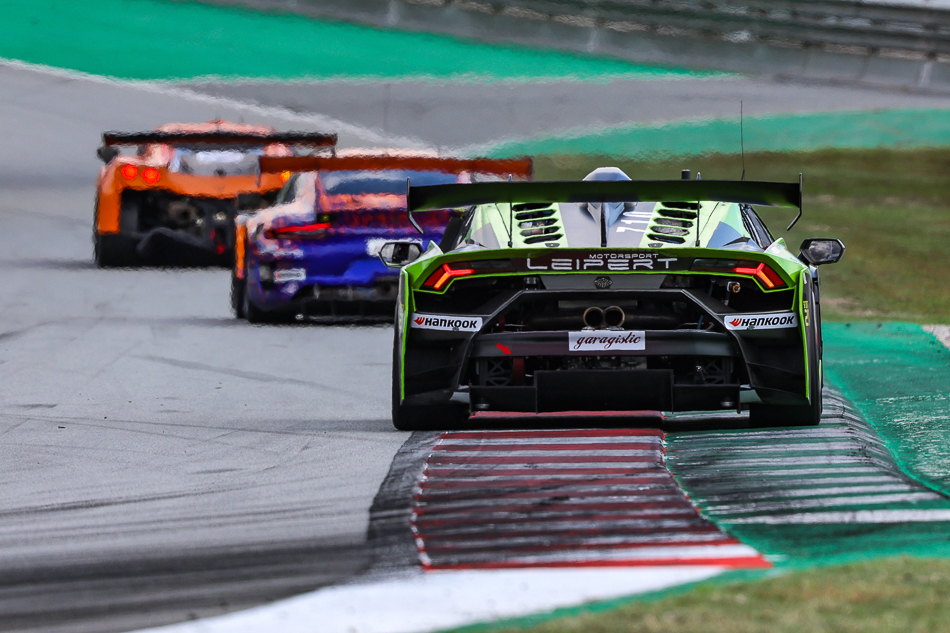 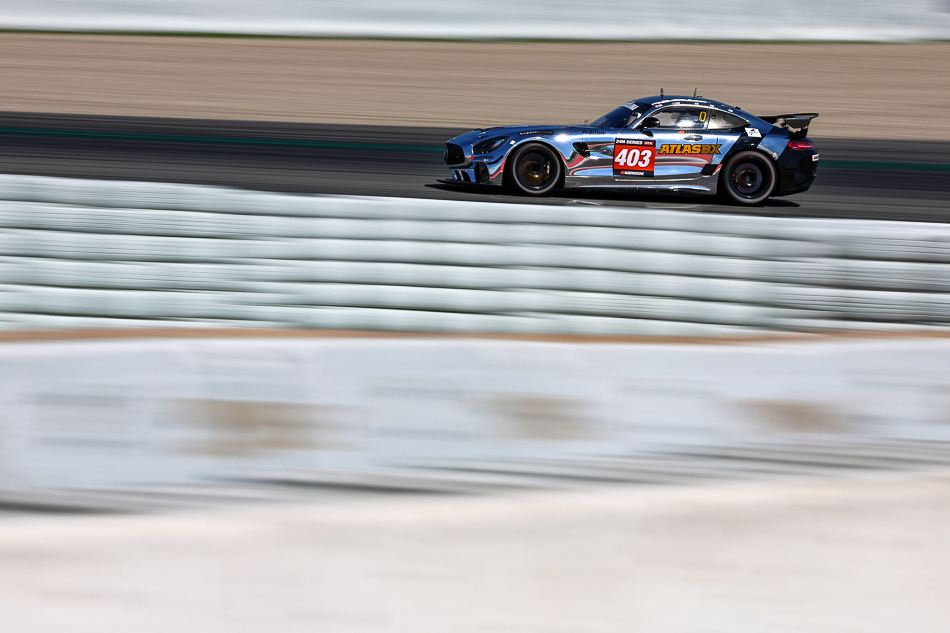 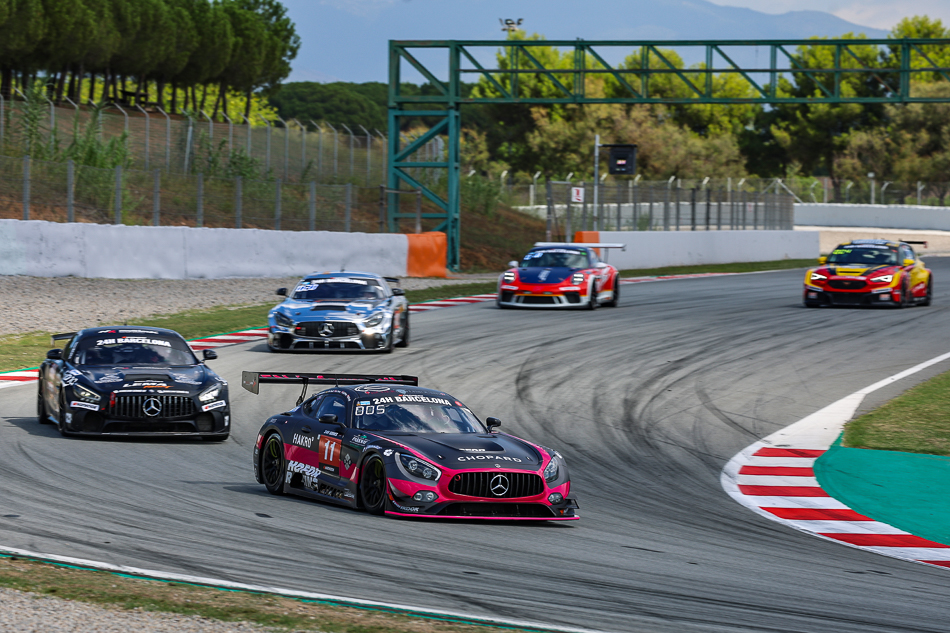 In lighter news, 2017 Overall GT Teams’ champion Hofor Racing Mercedes-AMG GT3 (#11, Michael Kroll / Chantal Prinz / Alexander Prinz / Max Partl / Thomas Mühlenz), which made its first 24H SERIES start since 2019 this weekend, received radiolemans.com’s ‘Spirit of the Race’ award in Barcelona. Having run consistently in the overall top 10 during the first half of the event, the Mercedes-AMG GT3 fought back from broken suspension and an ruptured exhaust – caused by separate on-track incidents – to claim 12th overall.

With all European rounds in the bag for 2022, CREVENTIC now turns its attention to the final 24H SERIES powered Hankook round of the season – the Hankook 12H KUWAIT – on 30 November-2 December. Further details regarding the 2022 24H SERIES calendar and championship standings can be found HERE