Our magazine for the 2022 Hankook 24H PORTIMAO is now available for digital download. This month, we speak with event legend Francesc Gutierrez about “his race,” catch up with Spanish father-and-son Jorge Belloc Diaz and Jorge Belloc Ruiz about their 24H SERIES careers thus far, take a trip back to the 2013 24H BARCELONA with Hofor-Racing team boss Michael Kroll, and let you know what you may want to keep an eye on during this weekend’s European championship season finale.

All this and more in this month’s magazine.

This weekend, following its traditional summer break, the 24H SERIES powered by Hankook resumes its 2022 season at the Circuit de Barcelona-Catalunya. Host of the Catalan region’s most illustrious endurance event every year, bar two, since 1998, and the biggest European endurance event on CREVENTIC’s calendar since 2011.

Where better to crown our 2022 European champions?

As one would reasonably expect from an official CREVENTIC endurance series, on-track action this season has been both plentiful and frenetic, with four different GT teams taking outright victory across the opening five rounds of the year, and a further seven securing a least one overall GT podium. Hardly surprising then that the fight for European championship honours will go down to the wire across multiple categories in Barcelona.

Title protagonists in both GTX and the 992 classes are split by just a couple of points, and with points being paid at both half and full distance for 24-hour races this season, a 14-point swing could be possible between current GT3 standings leader Phoenix Racing, and Hankook 24H PORTIMAO winner CP Racing. Across in TCR meanwhile, a rejuvenated Wolf-Power Racing – a three-time Overall TCE Teams’ champion with Autorama Motorsport, lest we forget – will surely wish to end its European season on a high against current standings leader, BBR.

The pressure then is on, and the on-track action this weekend could well be among the most scintillating we’ve seen all year. As, indeed, we have come to expect from the Hankook 24H BARCELONA down the years.

You need only ask Francesc Gutierrez about that, as we do HERE. The Girona native hasn’t missed an edition since 1998, and while he prides himself on being a two-time outright winner, Francesc knows just how difficult it is to tame “his race.” As indeed, do Spanish father-and-son duo Jorge Belloc Diaz and Jorge Belloc Ruiz, who finished last year’s Hankook 24H BARCELONA on the TCR podium after a gruelling affair. Could history repeat itself?

On top of that, you might also be interested to read our interview with Michael Kroll, team owner of 2013 Hankook 24H BARCELONA winner Hofor-Racing which makes its return to the 24H SERIES this weekend after a three-year hiatus.

Much to the delight of radiolemans.com’s Joe Bradley, there are sure to be plenty of stories Behind Garage Doors at the 2022 Hankook 24H BARCELONA, titular or otherwise. As always, we’re beyond thrilled that our competitors, all of our partners and sponsors, management at the Circuit de Barcelona-Catalunya as well as everyone in race control and the marshals on-track, and all of our fans turning in worldwide are along for the ride! 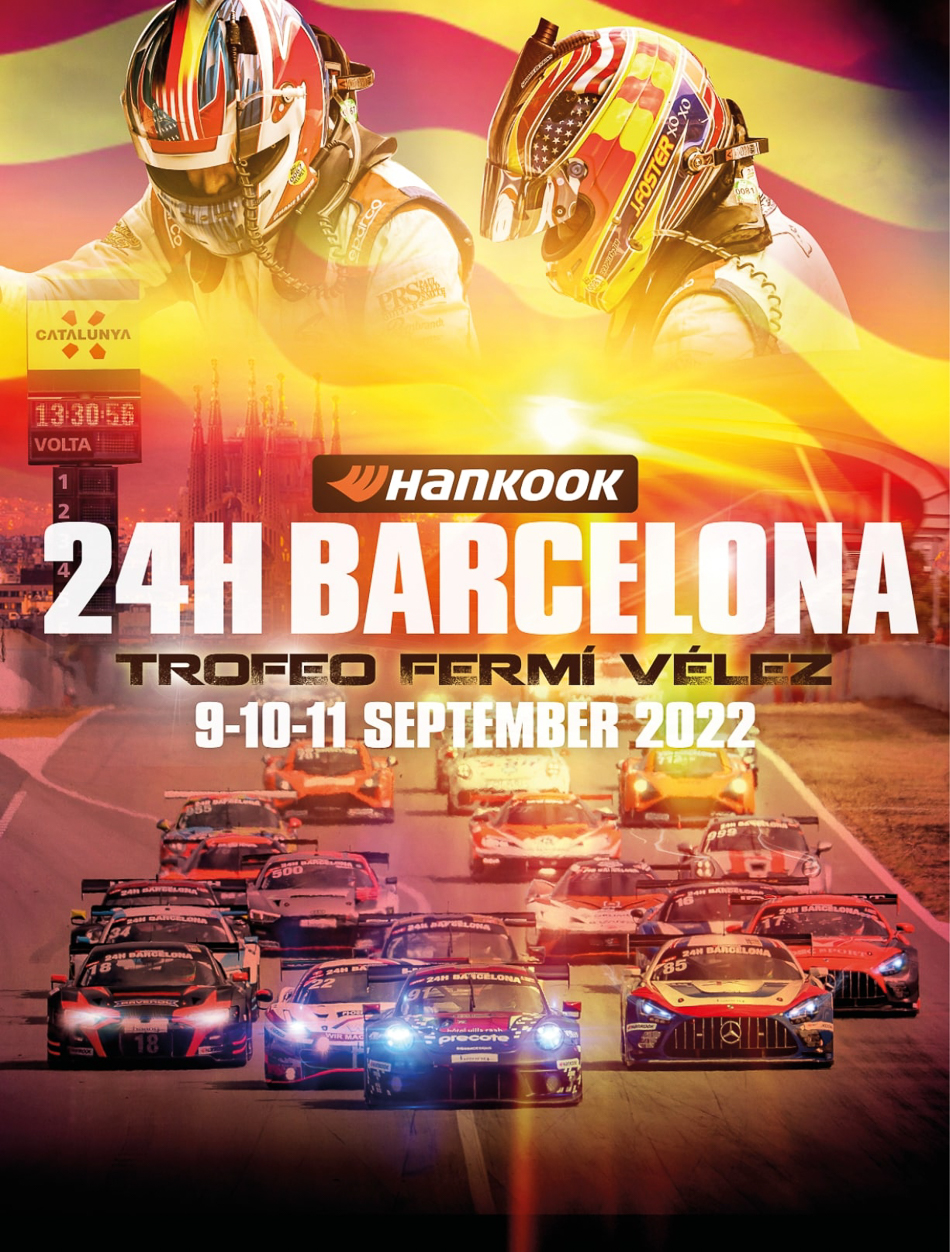