Slovakia’s ARC Bratislava completed an impressive climb through the field to finish inside the overall top 10 at the 2023 Hankook 6H ABU DHABI, a result that netted the team 2nd overall in the Middle East Trophy GT3-AM Teams’ standings.

After starting 22nd on the grid, the ARC Bratislava Lamborghini Huracán GT3 completed an impressive climb through the field to secure a top 10 finish overall at the 2023 Hankook 6H ABU DHABI. The points for GT3-Am victory, plus its 2nd in-class at last December’s Hankook 12H KUWAIT, means the Slovakian team leapfrogs to 2nd in the GT3-AM standings of the Middle East Trophy, just four points shy of overall Kuwait winner and Hankook 24H DUBAI GT3-Am class winner, CP Racing.

The weekend at the Yas Marina Circuit got off to a conservative start when ARC team boss Miro Konôpka and teammate Andrzej Lewandowski, given their previous experience around the home of the Formula 1 Abu Dhabi Grand Prix, opted against contesting Free Practice to preserve the car. Ironically, fellow Lamborghini runner Leipert Motorsport took no further part in the event after a huge accident at turn nine for the, thankfully uninjured, Jürgen Krebs, while Free Practice also eliminated local team RABDAN Motorsport after an on-track moment led to front and rear bodywork damage and a broken radiator, for which the Abu Dhabi team had no replacement.

ARC also chose not to take part in the final 15-minute qualifying session later that afternoon, the #44 Lamborghini thus dutifully dropping from a potential second row starting position on the grid to 22nd. Judicious running during the first hour though meant Konopka had already climbed to 8th when the second safety car of the event – used for the first time at a CREVENTIC event – was called to retrieve the Simpson Motorsport BMW M4 GT4. Unfortunate timing, and restricted use of the pitlane during a full-course yellow, meant ARC Bratislava had dropped to 13th, and two laps down, when the race returned to green.

Consistent running thereafter though meant the team was able to climb back into the overall top 10 come the chequered flag. Alongside interest in the European rounds of this year’s 24H SERIES powered by Hankook, ARC used the Hankook 6H ABU DHABI weekend as preparation for the upcoming Asian Le Mans Series.

“The winter break in Europe is long, so we welcomed the opportunity to ride the Middle East Trophy,” team boss Konôpka explains. “It was good practice for the Asian Le Mans Series, which starts in two weeks at the Dubai Autodrome... We hope that the Slovak fans will keep their fingers crossed for us, although to win and advance to the 24h Le Mans 2023 with such competition would be tantamount to a miracle."

The European 24H SERIES is set to begin with the annual Hankook 12H MUGELLO on 25-26 March, followed by the Hankook 12H SPA-FRANCORCHAMPS on 6-7 May. ARC Bratislava has expressed an interest in competing at both events, plus the returning Hankook 12H MONZA on 10-11 June. 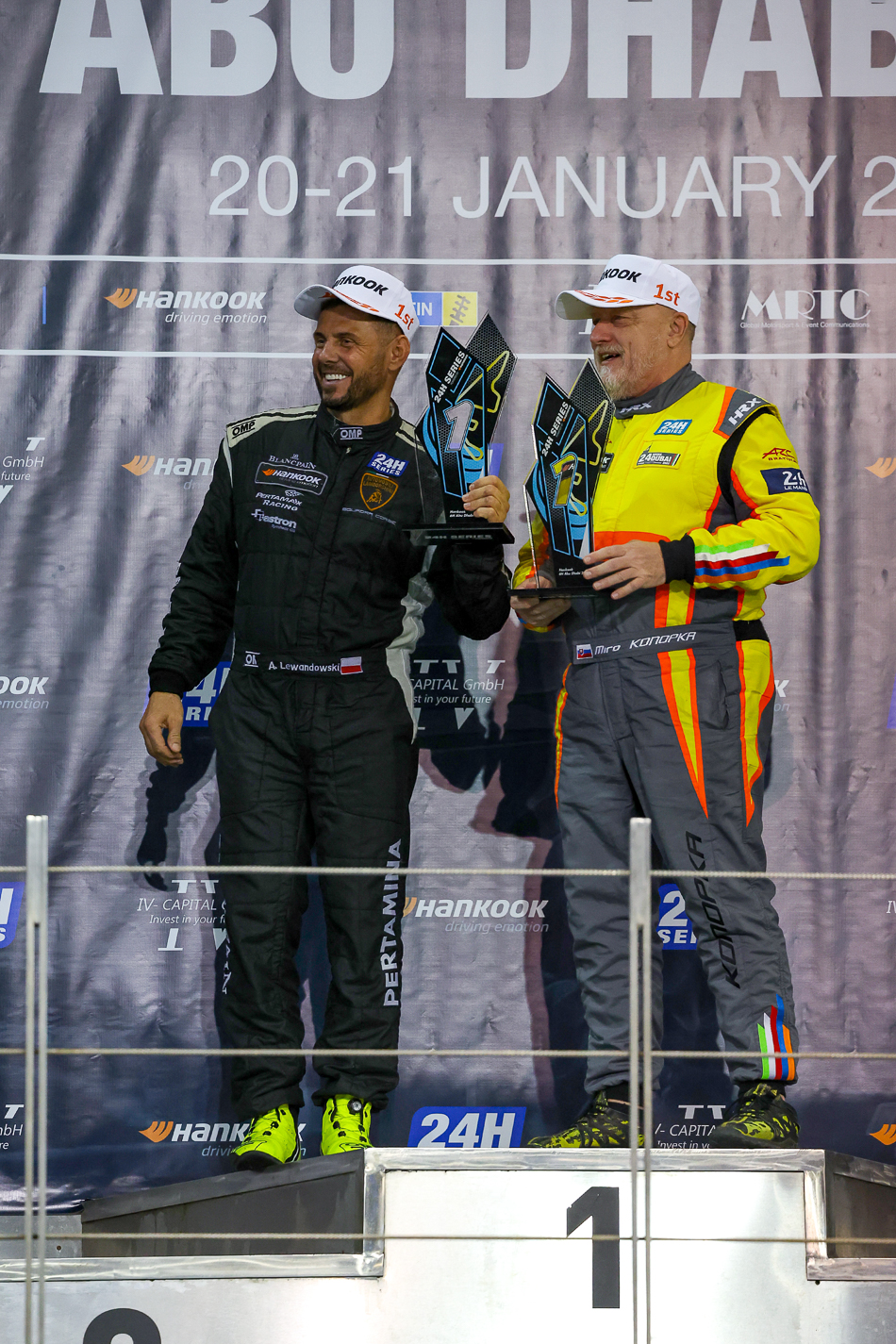