Having started 43rd thanks to an engine issue hampering the series debutant during qualifying, the HAAS RT (#21, Maxime Soulet / Mathieu Detry / Olivier Bertels / Benjamin Mazatis / Frédéric Vervisch) was already up to 12th overall when the first of three Code 60 caution periods thus far was called, deft use of pit strategy thereafter allowing the Antigua and Barbuda team to remain among the frontrunners.

Team WRT’s second entry, with whom nine-time motor cycle World Champion Valentino Rossi is making his event debut this weekend, rounds out the top five thus far. The Belgian team had a heart-in-mouth moment 2.5 hours in when the BMW M4 GT3 (#46, Timothy Whale / Valentino Rossi / Sean Gelael / Max Hesse / Maxime Martin) was sent into the barriers after running through oil that had been dropped at turn six. Amazingly, the BMW looks to have survived its close call with only minimal damage. 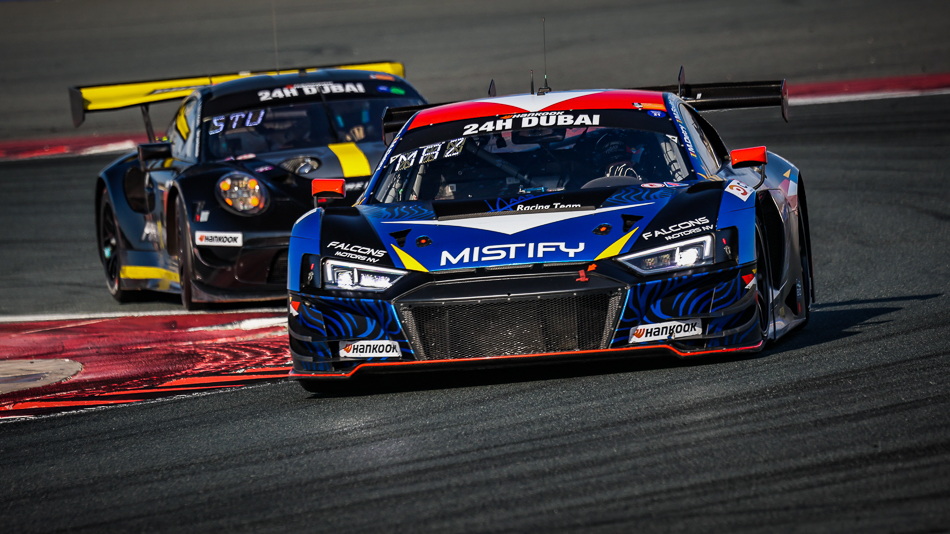 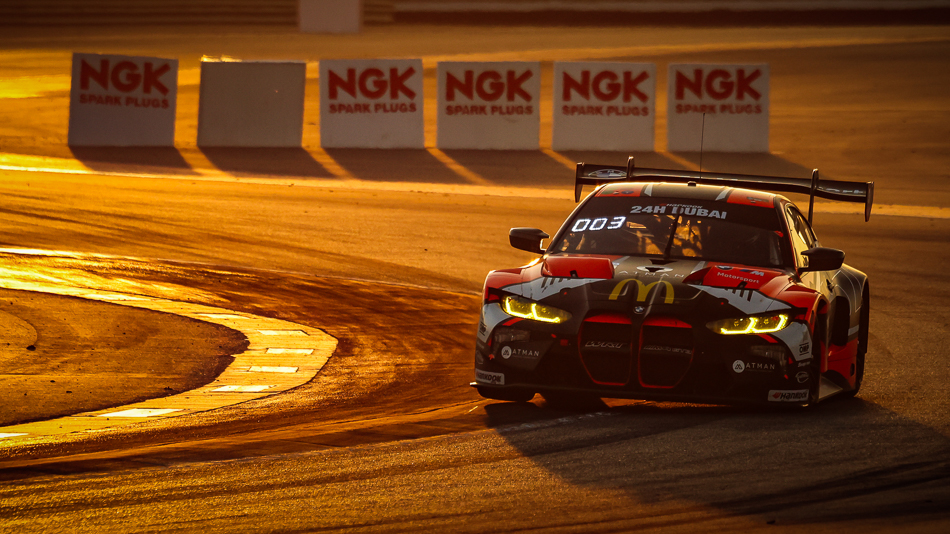 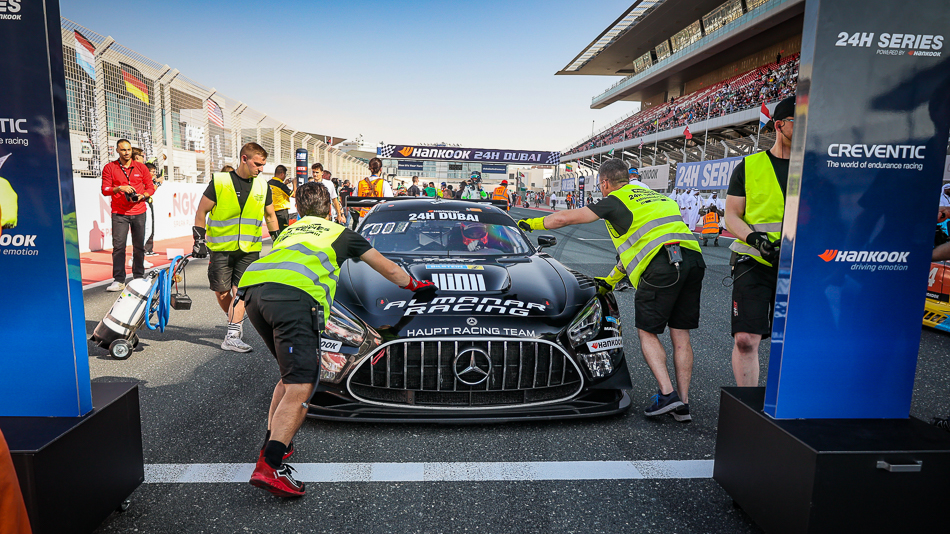 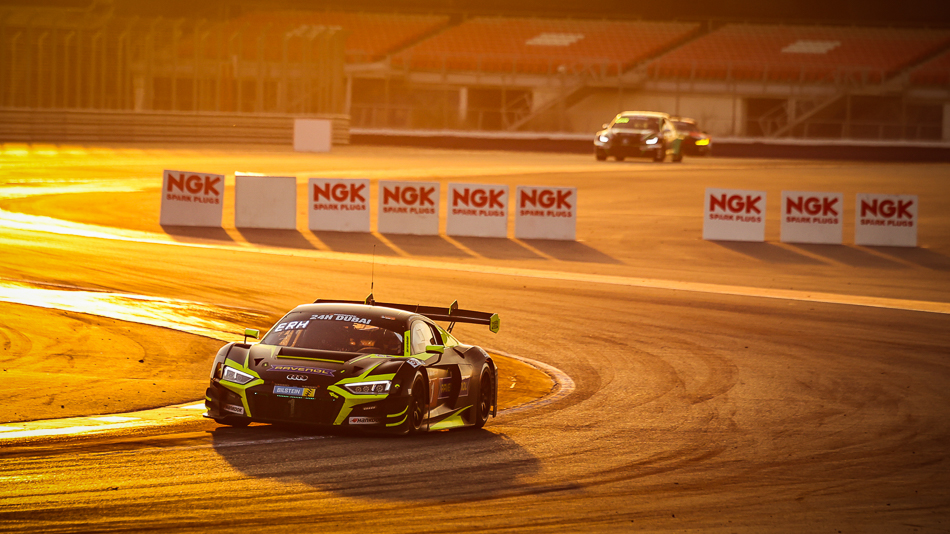 Having prioritized track position over refueling during the first Code 60 caution period, the Tresor Attempto Racing Audi R8 LMS GT3 EVO II (#99, Alex Arkin Aka / Finlay Hutchison / Andrey Mukovoz / Dylan Pereira) led much of the opening two hours, but has since dropped to the tail of the field after stopping on-track with suspected drivetrain issues.

Similarly, reigning European GT Trophy winner Phoenix Racing (#1, Michael Doppelmayr / Pierre Kaffer / Elia Erhart / Christer Jöns) had worked its way into the top 10 from 15th on the grid, but lost more than 25 minutes in the pits when contact on-track – instigated by the same fluid spill that befell the #46 WRT BMW – caused damage to the Audi R8’s rear alignment. The German team has returned to the track, but has slipped out of the top 40.

The opening Code 60 of the race was flown when one of the five HRT Performance Porsche 911 GT3 Cups here this weekend (#932, Michael Blanchemain / Franck Leherpeur / Stephane Adler / Jérôme Da Costa) made heavy contact with the tyre barriers at turn five. Incredibly, despite significant damage at both the front and rear, the Porsche was able to tour back to the pits, though it has not yet re-emerged after more than three hours in the garage.

had been the lead GT3-AM runner during the opening stages only to lose time in the pits with a damper issue. The field’s only McLaren 720S GT3 is working its way back through the field and has already recovered to 29th. 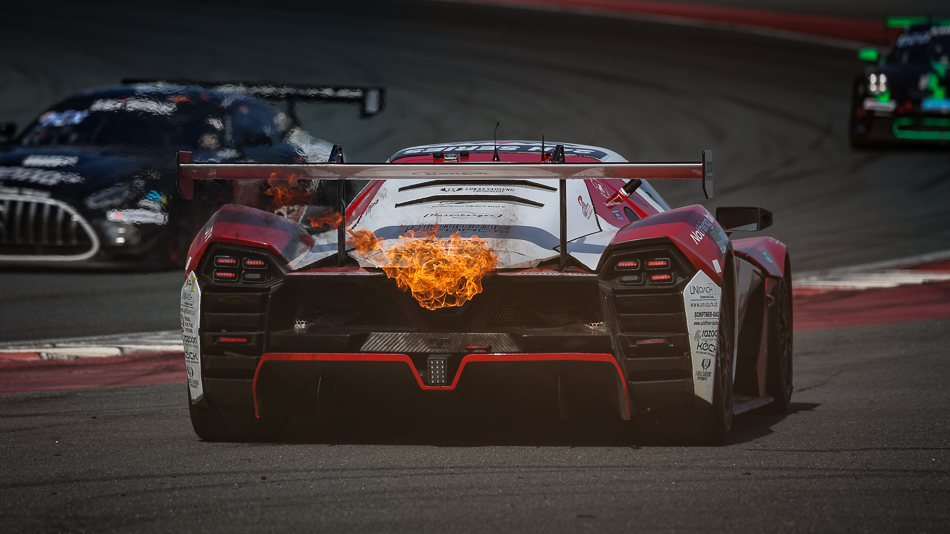 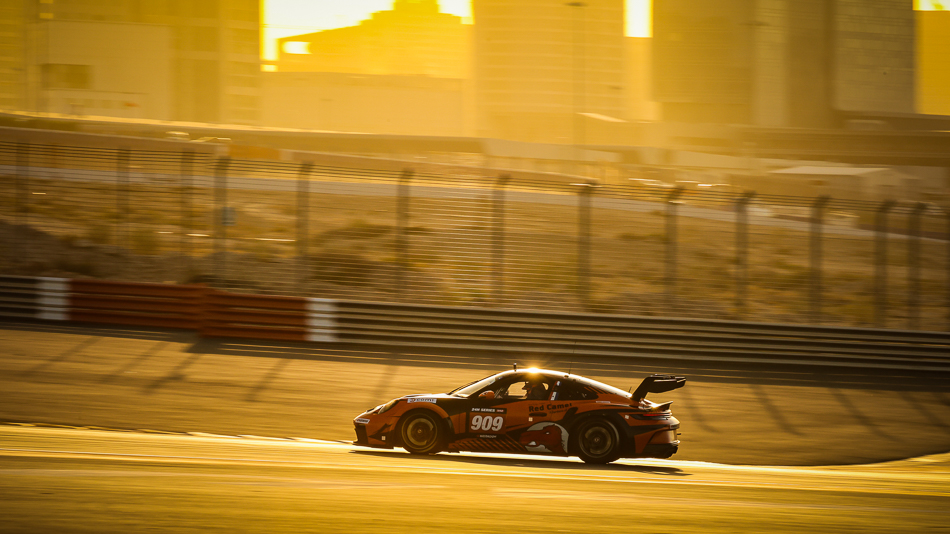 The 2023 Hankook 24H DUBAI will continue to run uninterrupted throughout the night, with the chequered flag scheduled to be flown at 15.00 hrs local time on Sunday 15 January. The action will be live with commentary from radiolemans.com on the official 24H SERIES YouTube channel. Regular updates will also be published on Twitter (@24HSeries), Facebook (24H Series) and Instagram (24H Series). Further information can be found HERE