DUBAI (13 January, 2023) – Haupt Racing Team has locked out the front row for the 18th edition of the Hankook 24H DUBAI, the German’s team collaboration with Oman’s Al Manar Racing by HRT securing pole position over the sister Abu Dhabi Racing by HRT Mercedes by less than three tenths of a second.

Qualifying for the Hankook 24H DUBAI was split into four 15-minute sessions, with the average of each team’s best laps across each session being used to assign their grid spots. This weekend’s event though features a revised format, with two 15-minute sessions being run during the afternoon and a further two organized after official Night Practice.

The Al Manar Racing by HRT Mercedes-AMG GT3 (#777, Luca Stolz / Fabian Schiller / Axcil Jefferies / Martin Konrad) was among the pacesetters from the get-go, setting the fastest lap during Q3 and falling an agonizing 0.018s shy of the quickest time in Q1. Heading into the final session of the day, the #777 Mercedes was just over one tenth up on the Abu Dhabi Racing by HRT Mercedes-AMG GT3 (#4, Hubert Haupt / Khaled Al Qubaisi / Sébastien Baud / Jules Gounon). A gap that, despite a succession of quick laps from the latter, proved just enough for the Omani-German team to secure its maiden outright pole position in the 24H SERIES.

“It’s a great team job by everyone to have a 1-2. It’s fantastic!” a jubilant Axcil Jefferies explained to radiolemans.com’s Joe Bradley. “On our car, all four of us did a good job, keeping it clean. Now we just have to get through tomorrow.”

Asked how much Al Manar Racing staple Al Faisal Al Zubair, who sadly had to withdraw from the event through illness, would be missed this weekend, Jefferies continued: “It’s a shame we couldn’t have Faisal with us, but we’re going to do our best to make him proud.” 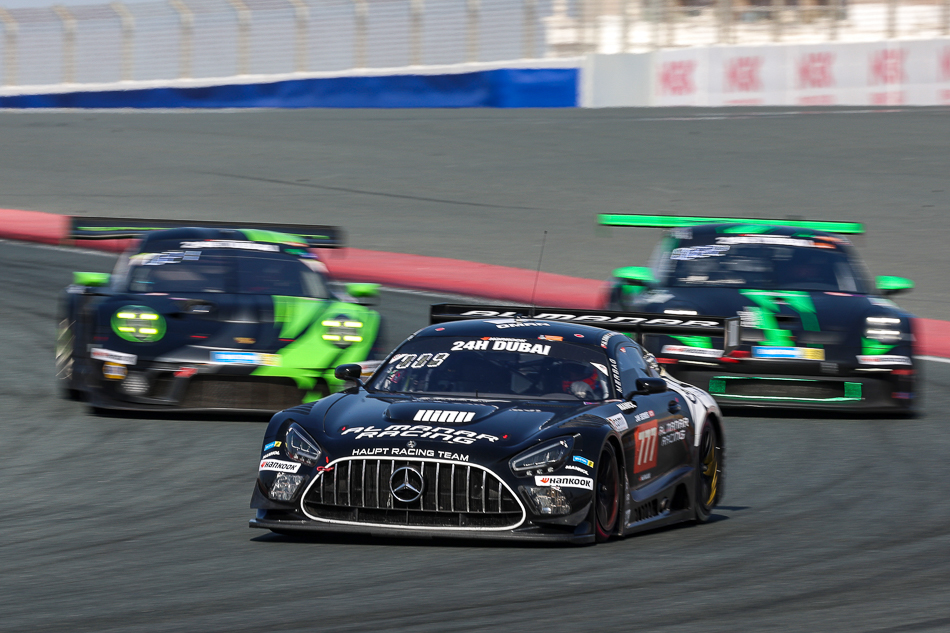 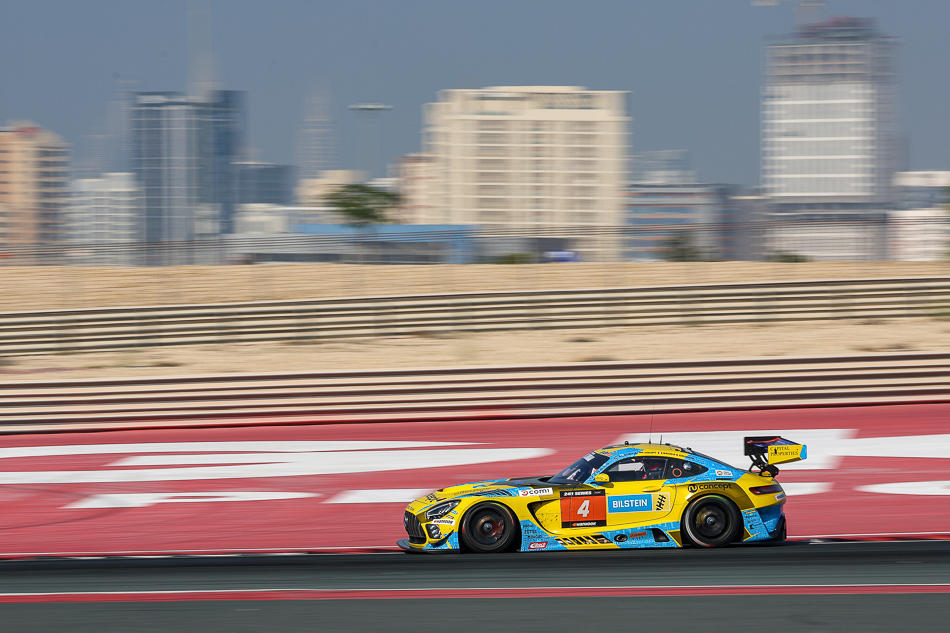 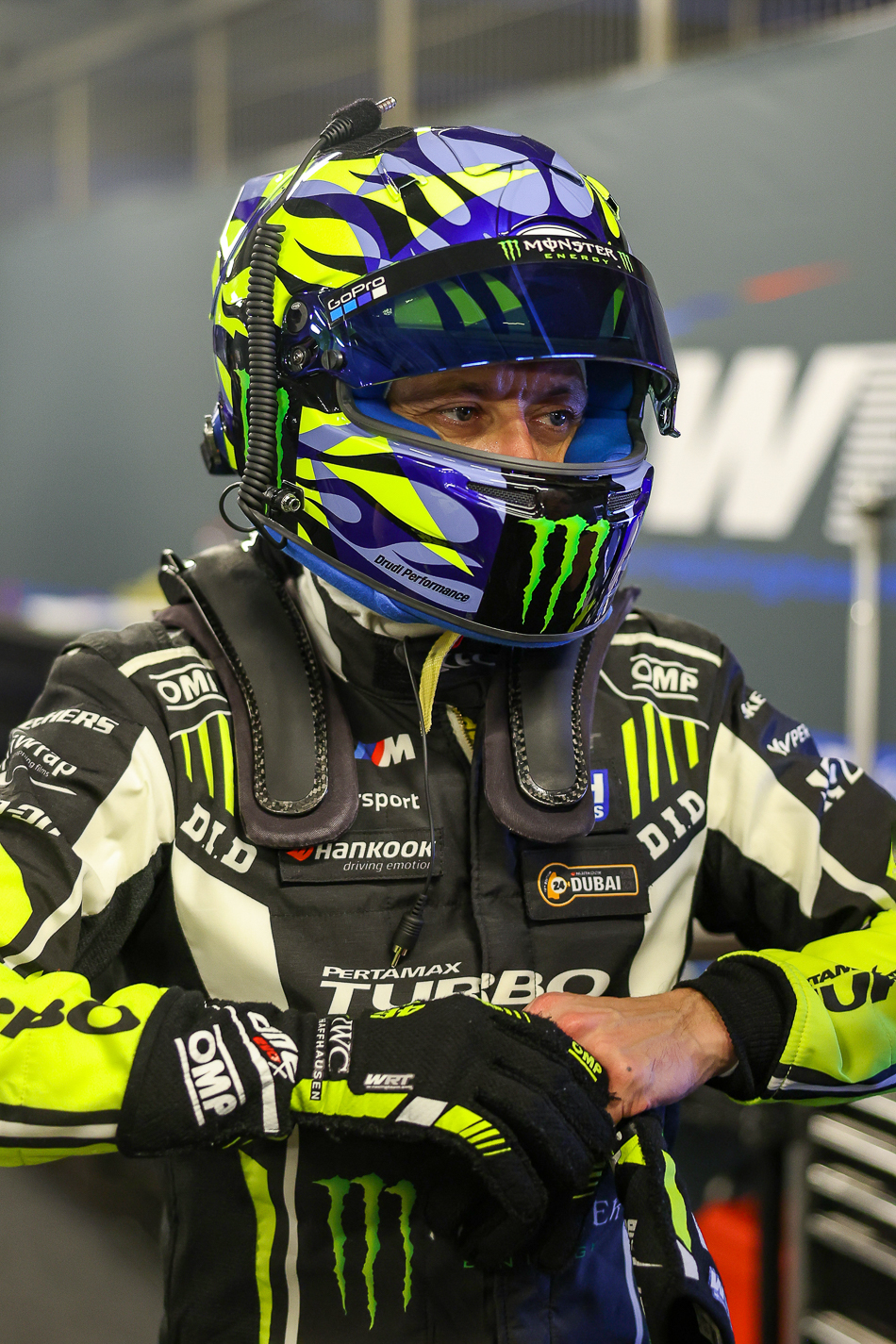 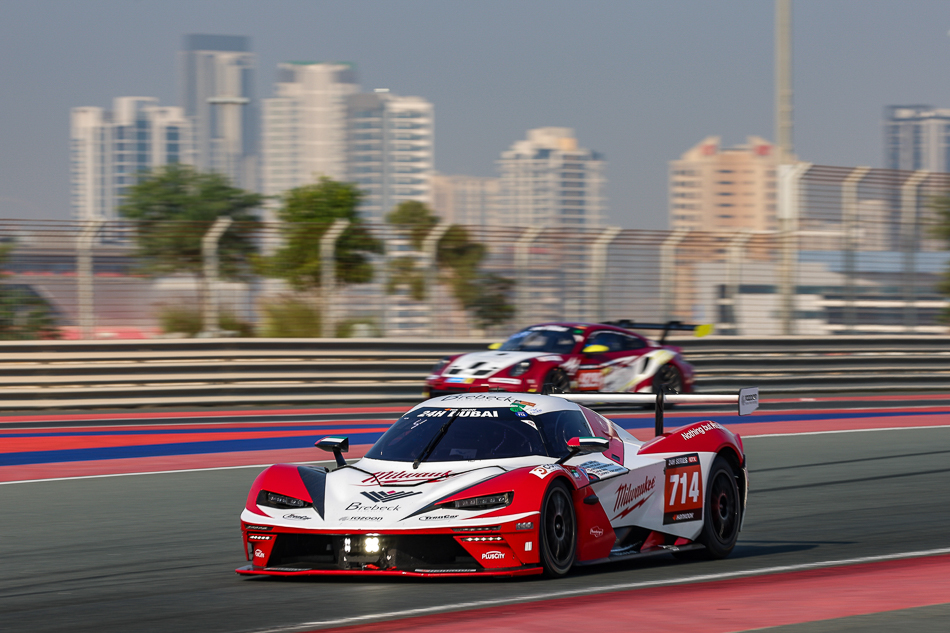 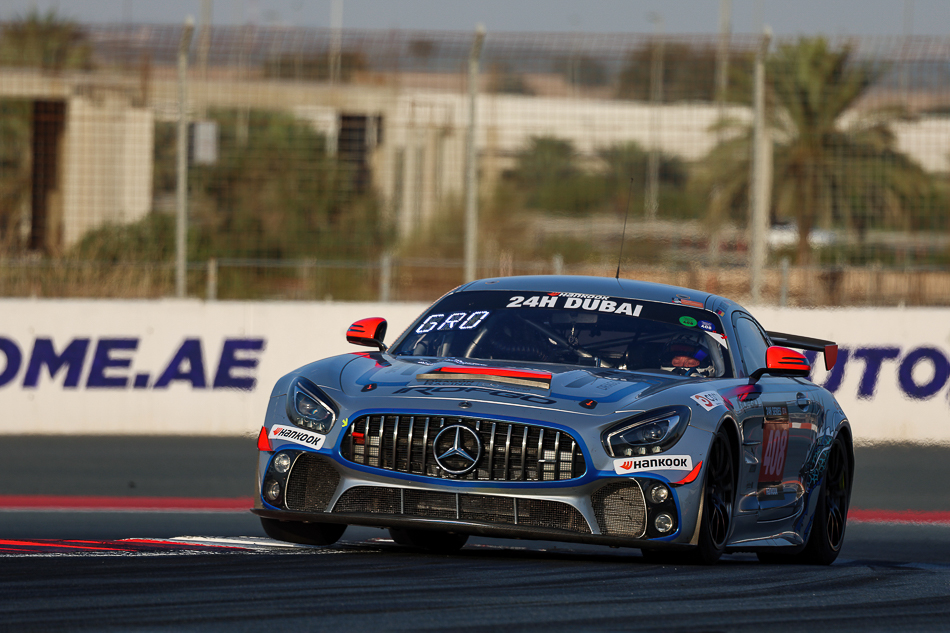 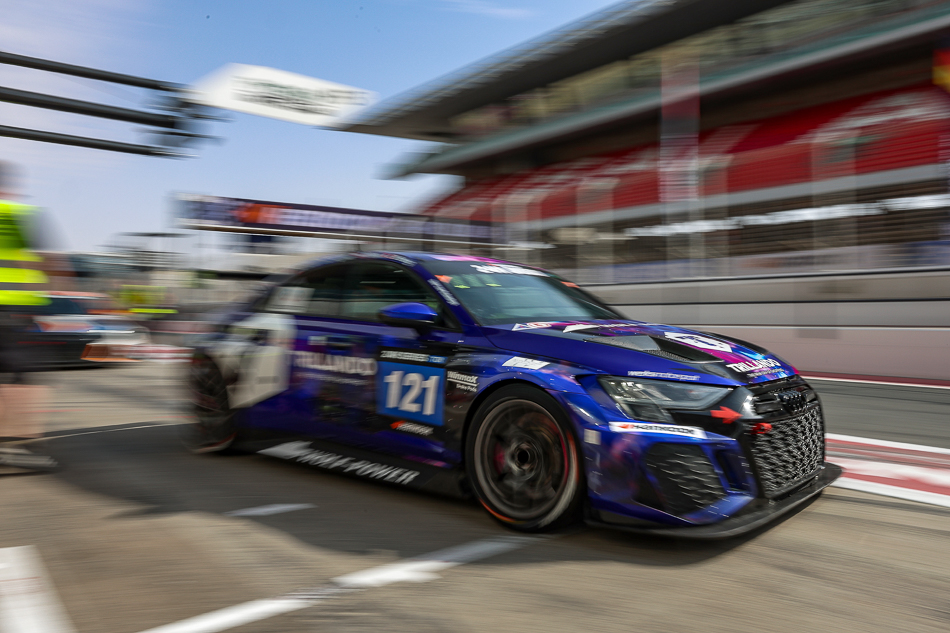 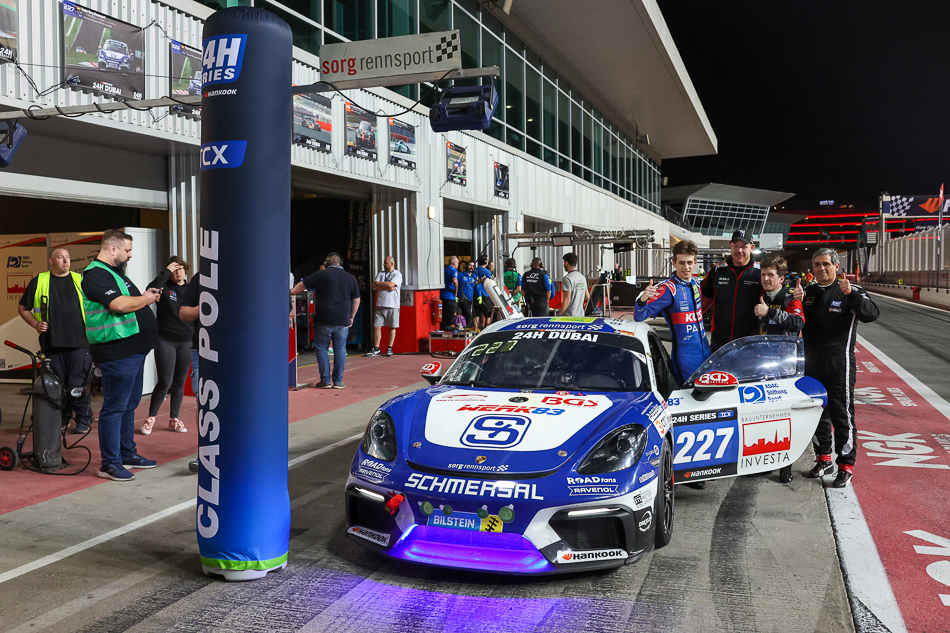 Across in TCR, three-time Overall TCE Teams’ champion Wolf-Power Racing has secured its third category pole position in Dubai in as many years after a storming run for the #121 Audi RS 3 LMS (Jasmin Preisig / Ivars Vallers / Calle Bergman / Andreas Höfler). Bizarrely, the Swiss team was fastest in just one of the four 15-minute sessions, but pulled a significant gap during Q2.

Wolf-Power Racing’s qualifying sessions did not get off to the best of starts, however. The Swiss team’s #117 Audi (Marcus Menden / Marlon Menden / Rob Huff / Peter Posavac) set the fastest TCR time during Q1, but suffered brake failure at the end of the rear straight during Q2, fortunately without incident. The repaired #177 Audi recovered to 4th on the TCE grid.

The 18th annual Hankook 24H DUBAI is set to begin on Saturday 14 January at 15.00 hrs local time at the Dubai Autodrome. 24 uninterrupted hours of racing will be drawn to a close when the chequered flag is unfurled at 15.00 hrs local time on Sunday 15 January. The action will be live with commentary from radiolemans.com on the official 24H SERIES YouTube channel. Regular updates will also be published on Twitter (@24HSeries), Facebook (24H Series) and Instagram (24H Series). Further information can be found HERE