GENNEP (1 July, 2022) – Registrations are now open for the 2023 Hankook 24H DUBAI and the non-championship Hankook 6H ABU DHABI, both of which are set to take place next January.

First held in 2006 as CREVENTIC’s maiden endurance event, the Hankook 24H DUBAI has been held every year since, and has consistently opened the 24H SERIES powered by Hankook since further endurance events were introduced to the calendar in 2009.

In 2023, this tradition is set to continue, CREVENTIC and management at the Dubai Autodrome in the United Arab Emirates having confirmed that the 18th consecutive edition of the event will take place on 13-14-15 January.

Ole Dörlemann, sporting coordinator:“The Hankook 24H DUBAI is consistently the highlight of our season. It’s our biggest endurance event, drawing competitors to the Dubai Autodrome in their hundreds from all over the globe, and drops the green flag on another season of international motor racing after the holidays. We have already received a huge amount of interest for the 18th edition of the Hankook 24H DUBAI, interest we expect will accelerate as we draw close towards the end of our season.”

Next January, CREVENTIC will also extend its racing program sojourn in the Middle East with a third consecutive edition of the standalone Hankook 6H ABU DHABI. Hosted at the Yas Marina Circuit in Abu Dhabi, the non-championship event is scheduled for 21-22 January, one week after the Hankook 24H DUBAI.

Teams interested in registering for the 2023 Hankook 24H DUBAI and/or the non-championship Hankook 6H ABU DHABI can do so via 24hseries.com, or by speaking with CREVENTIC’s team directly via [email protected] and/or +31 485 471166.

As one of the first endurance events to be hosted at the start of every new year, the Hankook 24H DUBAI is one of the biggest motoring headline grabbers every January, guaranteed to offer competitors a unique on-track experience. Unsurprisingly, 45 entries from 16 countries have already been received for the event more than six months before the event is set to get underway. Entries that include over a dozen outright or category winners of the event.

No team has been more successful at the Hankook 24H DUBAI than Black Falcon, which took its first two outright wins at the event in collaboration with Abu Dhabi Racing in 2012 and 2013, and a further three as a standalone entry in 2015, 2018 and 2020.

The German team is set to return in 2023 with at least one Porsche 992 GT3 Cup registered for the ‘992’ class. Among its principal rivals will be event mainstay MRS GT-Racing, which took class wins – across multiple categories – in 2020 and 2019, and which has also registered Porsche 992 GT3 Cups.

Similarly, 24H SERIES staple Herberth Motorsport, which won the Hankook 24H DUBAI outright in 2017 (with three-time Le Mans winner Brendon Hartley on driver detail) has registered two Porsche 911 GT3 Rs for the GT3 top tier, while reigning ‘992’ class winner Team GP-Elite is set to step up to the GT3 class with its own example. 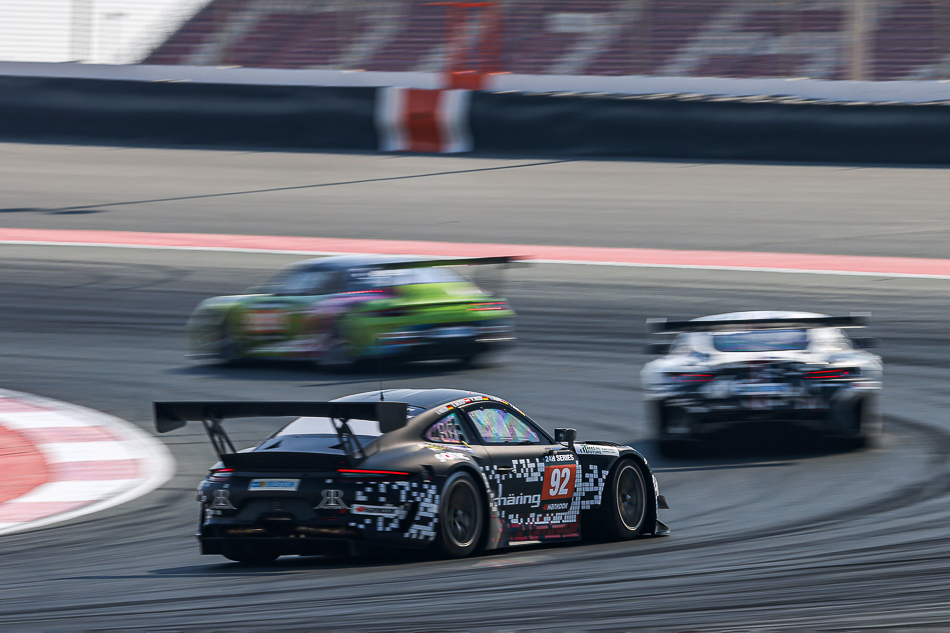 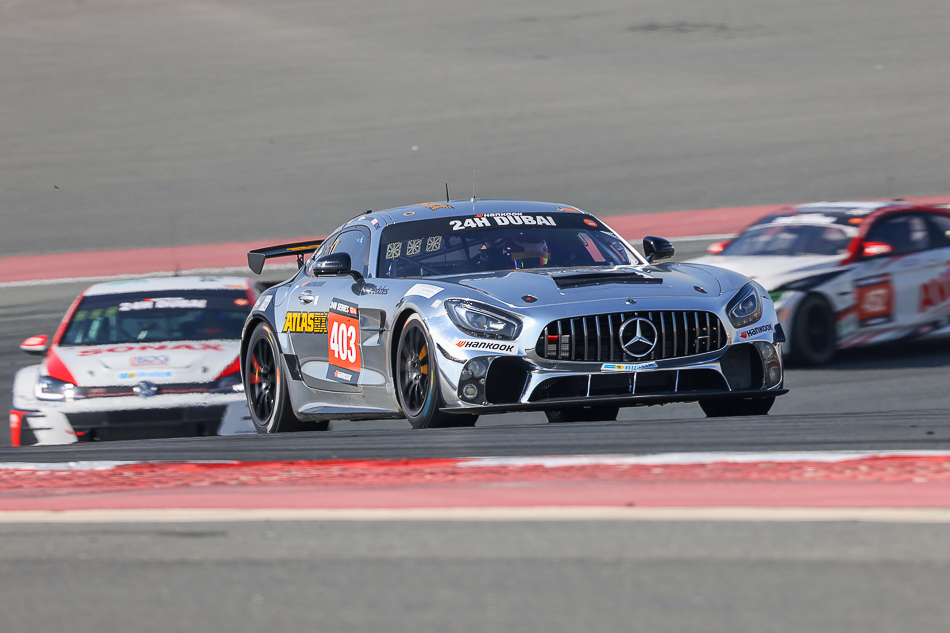 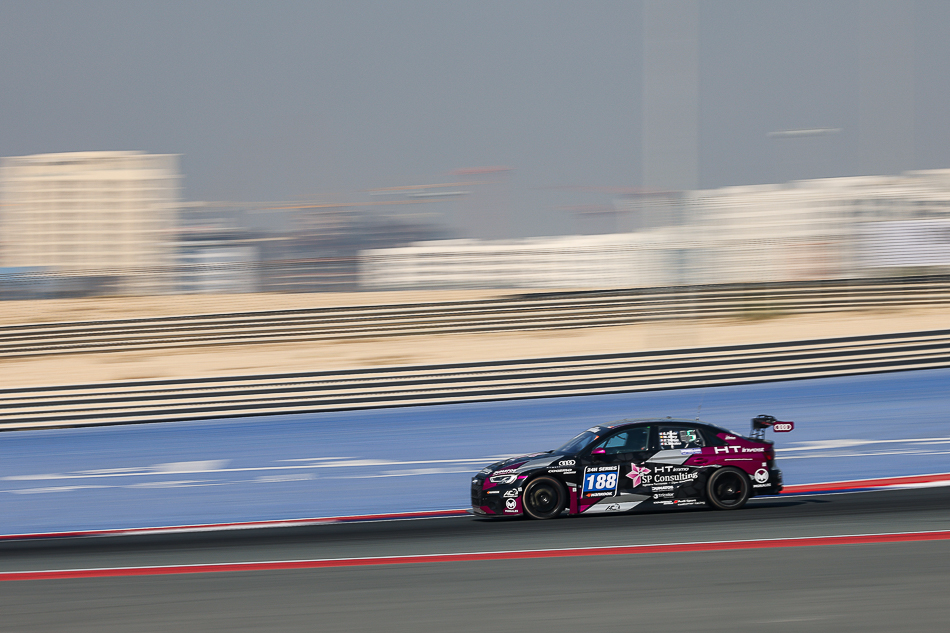 Two years on from its event debut, Haupt Racing Team, the eponymous outfit of three-time winner Hubert Haupt, has registered two Mercedes-AMG GT3s in an effort to replicate its 2021 GT3-AM class win. Likewise, 2018 A6-AM winner SPS automotive, back for its second Dubai entry with SunEnergy1, will hope for similar fortunes with its Mercedes-AMG GT3.

UAE-based Dragon Racing, a former victor in both the GTX and GT4 classes, has registered two Mercedes-AMG GT4s for the 2023 Hankook 24H DUBAI, and looks set to go head-to-head with 2020 category winner, AtlasBX Motorsports from South Korea. PK Carsport, which took GTX class victory on its 24H SERIES debut earlier this year, continues its program with the Audi R8 LMS GT2 in 2023.

Across in the TCE division, three outright former winners have already registered an entry. Reigning Overall TCE Teams’ champion Wolf-Power Racing was victorious with Autorama Motorsport in 2019 while AC Motorsport took its first 24H SERIES win one year later. Both are set to compete with Audi RS 3 LMS’, and will compete directly with the CUPRA Leon Competición TCR of Thailand’s BBR, which took its first 24H SERIES win at the 2022 edition.

First held in 2006, the Hankook 24H DUBAI has featured 12 different winning teams across its first 17 editions. In that time, four manufacturers – Porsche, Mercedes-AMG, Audi and BMW – have shared the spoils, with Porsche boasting the most with six. While Black Falcon is the most successful team with five wins, three different drivers – Khaled Al Qubaisi, Hubert Haupt and Jeroen Bleekemolen – share the record for most wins with three. Interestingly though, in the two most recent editions of the race, two drivers – Axcil Jefferies and Alain Ferté – have all added a second, outright Hankook 24H DUBAI win to their respective tallies. 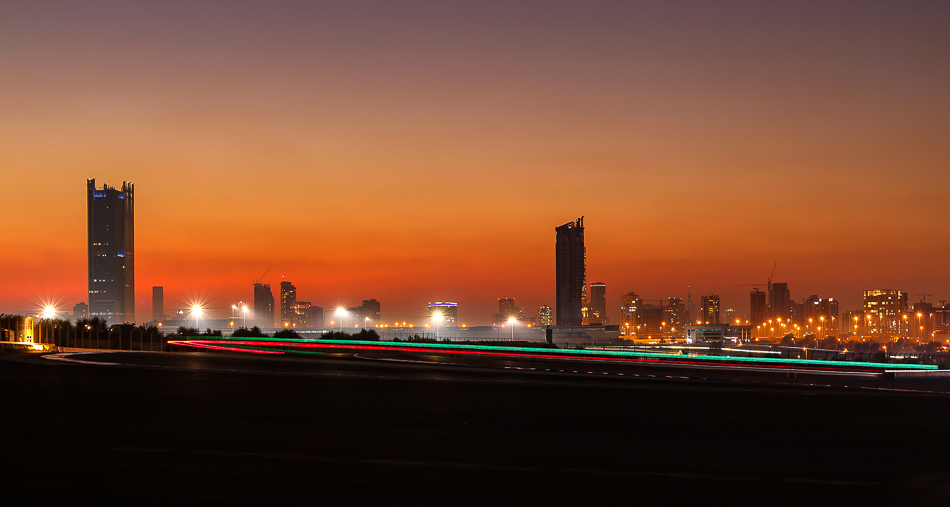