GENNEP (7 July, 2022) – More than 60 teams have already registered their interest in competing at this year’s Hankook 24H BARCELONA, the final European round of the 24H SERIES powered by Hankook in 2022.

The 22nd edition of the Hankook 24H BARCELONA is set to take place at the Circuit de Barcelona-Catalunya on 9-10-11 September, with title challenges and bragging rights alike set to be contested across eight different categories between GT and TCE heavy-hitters, and reigning and/or former series champions.

Entries are still being accepted for the 2022 Hankook 24H BARCELONA via 24hseries.com, or by speaking with CREVENTIC’s team directly via [email protected] and/or +31 485 471166.

Phoenix Racing (#18), which leads both the European standings and Championship of the Continents, will be hoping to secure a hattrick with its Audi R8 LMS Evo II, following outright wins at Spa-Francorchamps and the Hockenheimring.

Herberth Motorsport (#91), the only team to take multiple outright wins at the Hankook 24H BARCELONA since CREVENTIC began organizing the event in 2011, could be on course to make series history if the Bavarian team emulates its 2016, 2018 and 2021 wins.

Reigning Overall GT Teams’ champion ST Racing (#1) looks set to make its 24H SERIES return at Barcelona, and will surely be looking to repeat its maiden outright win with the BMW M4 GT3 earlier this year in Mugello. The Canadian team will be in good company, Poulsen Motorsport (#14) having also registered an M4 GT3 for the Danish squad’s first series start in six years.

Though the German team has endured mixed fortunes at the Hankook 24H BARCELONA in the past, a strong showing, and an outright podium, for WTM Racing (#22) at Spa-Francorchamps suggest the Ferrari 488 GT3 will be one to watch in Barcelona. 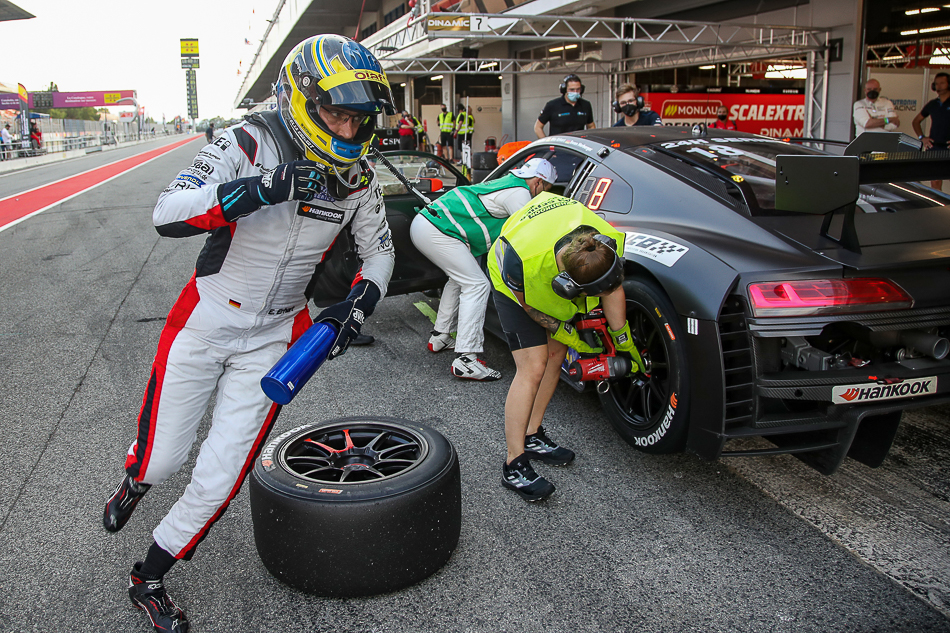 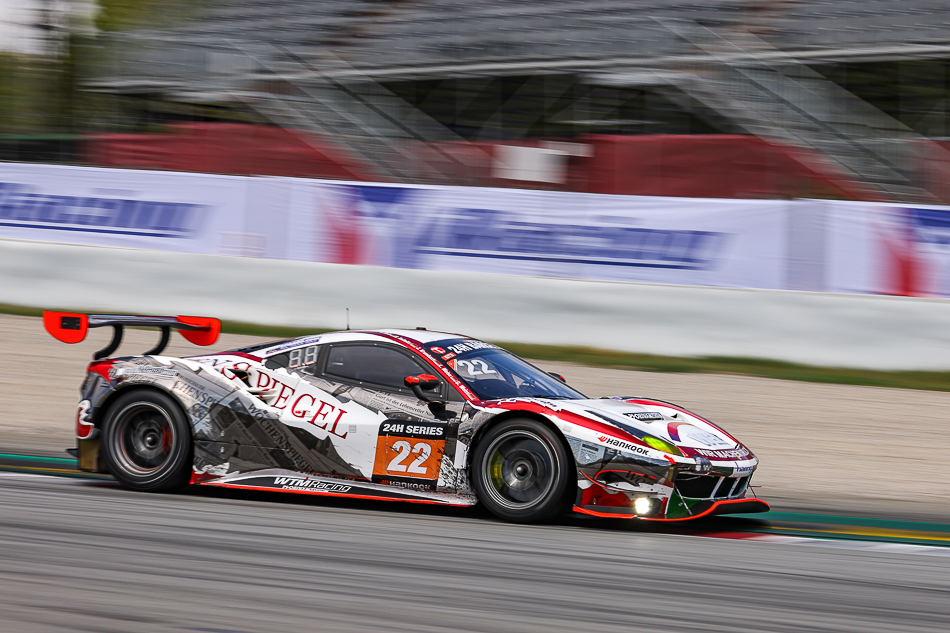 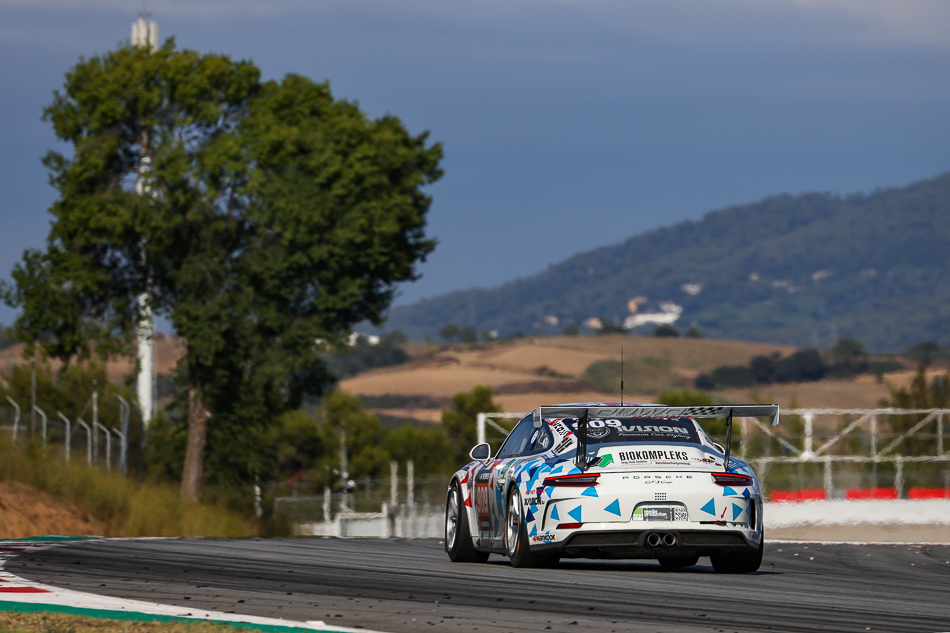 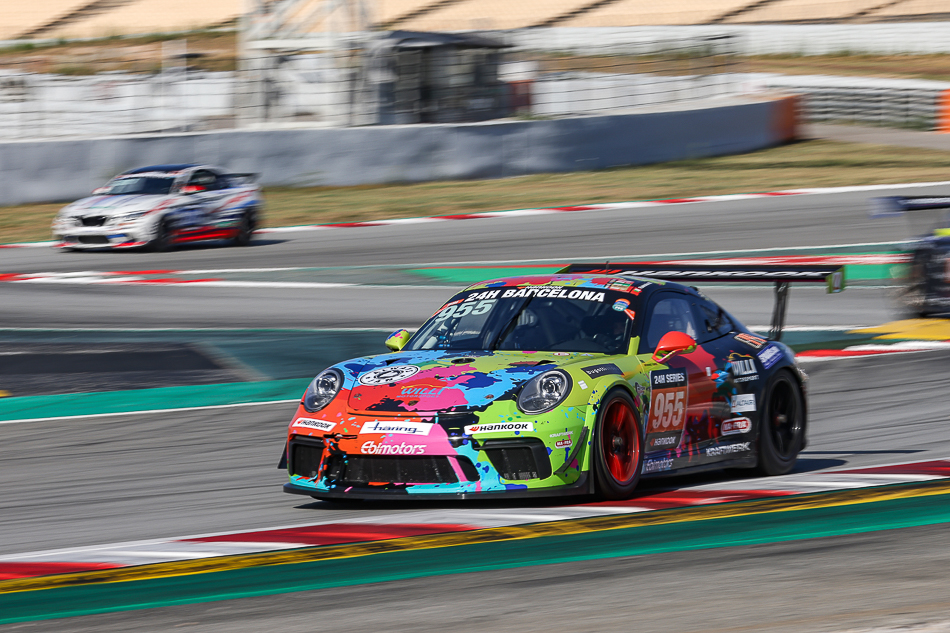 992 standings leader Red Camel-Jordans.nl (#909) looks set to continue its tight championship fight with nearest rival Red Ant Racing (#903 and #904) in Catalonia, though the trio could face stiffer competition than usual.

Series staple HRT Performance returns to action with a duo of Porsche 992 GT3 Cups (#928 and #929) following a strong near-win earlier this year in Mugello. ID Racing (#977), a podium contender in both Dubai and Abu Dhabi, similarly returns with a loan entry in 992, while Germany’s Plusline-Racing-Team by Terting&Müskens (#905), fresh from its first series podium at the Hockenheimring, will hope for similar fortunes in Barcelona.

Luxembourg’s DUWO Racing (#908), a former class champion in CUP1, makes its first start since its collaboration with Herberth Motorsport achieved a GT3 class podium in Dubai.

Speed Lover (#978 and #979) enters its now customary two-car line-up for Barcelona, one apiece for the 991 and 992 categories. Among the Belgian team’s chief rivals will be Lithuania’s ES Motorsport (#907), set to make its series debut at the Hankook 24H BARCELONA, and the returning Willi Motorsport by Ebimotors (#955). The reigning 991 Teams’ champion last competed at this year’s Hankook 12H MUGELLO, but ended their Tuscany weekend early after a big hit on-track.

Spain’s E2P Racing (#910) meanwhile, which now leads the 991 Teams’ standings, will hope to replicate its recent class win in Hockenheim on home turf.

Series debutants Three Sixty Racing rounds out the all-Porsche contingent with a two-strong entry (#926 and #927) in the 992 class.

An intense fight for GTX Teams’ honours looks set to go down to the wire in Barcelona. 2019 Overall GT Teams’ ‘Continents’ champion Leipert Motorsport (#710) and Lithuania’s RD Signs – Siauliai racing team (#720) are currently level on points in the European standings, with Vortex – which has entered two of its eponymous lightweight sports cars for Barcelona – just one point further behind.

A similarly competitive encounter seems assured in the GT4 category as well. AltlasBX Motorsport (#403) makes its 24H SERIES return in Barcelona, but will have to fend off current GT4 Teams’ standings leader TEAM ACP – Tangerine Associates (#421) and the latter’s sister entry Veidec Racing by JJ Motorsport (#422) if the South Korean team hopes to replicate its 2020 Hankook 24H DUBAI class win.

CWS Engineering will continue its development program with the new, V8-engined Ginetta G56 (#478) at the Hankook 24H BARCELONA, while America’s RHC Jorgensen-Strom by Century (#450) will make its first start since taking 3rd in-class earlier this year in Dubai.

Senkyr Motorsport (#444) and Overdrive Racing (#409) round out the GT4 class thus far, the former in its first race since 2019, the latter preparing for its 24H SERIES debut with a Porsche 718 Cayman GT4 RS Clubsport. 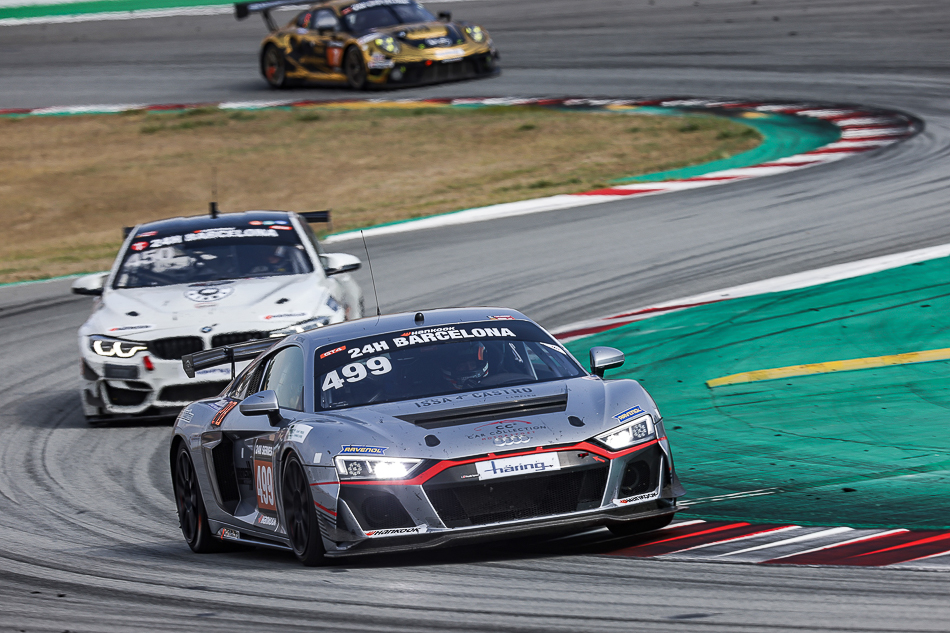 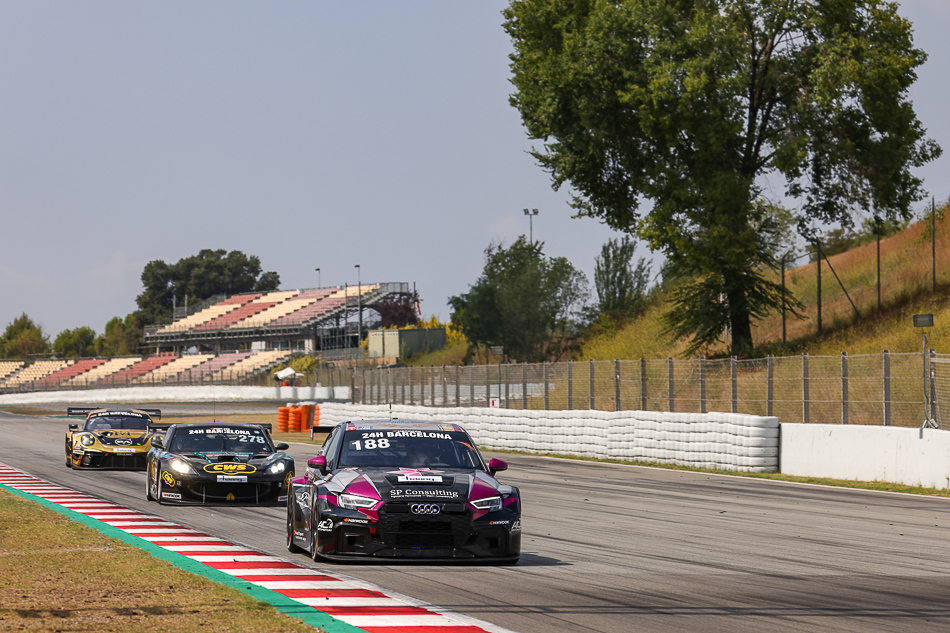 For the second 24H SERIES event in succession, BBR has confirmed two entries – a CUPRA TCR (#158) and the CUPRA Leon Competición TCR (#159) – as the Thai team looks to put its lead in both the European standings and the Championship of the Continents out of reach. Of course, nearest rival Holmgaard Motorsport (#102), fresh from its maiden win at Spa-Francorchamps and its first series podium with its brand-new CUPRA Leon Competición, will have other ideas…

Three-time Overall TCE Teams’ champion Wolf-Power Racing (#116) will look to rejuvenate its season in Barcelona after a run of bad luck with the Audi RS 3 LMS. As indeed will 2021 division runner-up, and fellow Audi runner, AC Motorsport (#188), which will be aiming to round off its European season on the TCR podium.

Fresh from its series return in Portimão, Malaysia’s Viper Niza Racing (#165) will be back in the TCR hunt in Barcelona, as will NOKER Racing Team (#104), which will be eying the overall TCE podium after strong performances in Mugello and Spa-Francorchamps.

Spain’s RAIL EQUIP BY TOTCAR SPORT (#123) and PCR Sport (#217) round out the TCE division runners thus far. The former celebrated a maiden class podium earlier this year at Spa with its CUPRA TCR, while the latter makes its first series start with the Ligier JS2 R since its TG podium in Abu Dhabi.