Our magazine for the 2022 Hankook 24H PORTIMAO is now available for digital download. This month, we take a look back at one of the more difficult, yet historically significant, 24H SERIES events to-date, the 2020 Hankook 24H PORTIMAO. We catch up with series staple Fredrik Lestrup to discuss his driving career and his eponymous TCR team, and we also get some words of wisdom from two of the 24H SERIES more popular, and tenured, competitors: Gijs Bessem and Harry Hilders.

All this and more in this month’s magazine.

Since its inaugural edition in 2017, the Hankook 24H PORTIMAO has remained a prominent feature on CREVENTIC’s endurance racing program. After a brief hiatus, the 24H SERIES powered by Hankook returns to the Autódromo Internacional do Algarve this weekend for a fifth time, with plenty to play for in the European championship standings.

After a second successive win of the season at the Hockenheimring, Phoenix Racing is now at the top of the standings in the GT division, albeit by just a few points over nearest rival CP Racing. Across in the TCE division, BBR will be in the crosshairs after a similarly impressive run so far this year. Indeed, the all-Thai team took its first win in the 24H SERIES at the season-opening Hankook 24H DUBAI, and, as Kantadhee and Kantasak Kusiri explain to CREVENTIC, that 24-hour winning race knowledge could make all the difference in Portimão.

Granted, the championship leader will have its work cut out against a notably strong TCR field this weekend. Reigning Overall TCE Teams’ champion Wolf-Power Racing will be keen to get back on the podium, as indeed will the returning Lestrup Racing Team. As CREVENTIC recently discussed with team co-founder Fredrik Lestrup, the Swedish outfit is keen to take its first win in the 24H SERIES sooner rather than later.

The all-Porsche class looks set to go down to the wire in Barcelona between current standings leader Red Camel-Jordans.nl and series newcomer Red Ant Racing, both of which will hope to add to their victory tally in Portugal. The battle for GTX honours meanwhile couldn’t be closer between Leipert Motorsport, RD Signs – Siauliai racing team, and reigning class champion Vortex V8, with the trio split by just a single point in the European standings. Admittedly, an exploratory entry from BMW M Motorsport could throw the proverbial cat among the pigeons in the Algarve.

Those looking for some advice on the best way to tackle the Autódromo – both in the scorching mid-afternoon temperatures and throughout the night – may want to have a quick word with Jose Monroy, a staple of the circuit’s in-house racing school and a former class podium finisher at the Hankook 24H PORTIMAO. You can also check out our regular column from radiolemans.com’s Joe Bradley, who has a few tips for our competitors HERE.

Oh, and if you’d like to read up on the first international motor race to take place in Europe in the aftermath of the global Covid-19 lockdown, CREVENTIC’s Ole Dörlemann reminisces about one of the most difficult 24H SERIES ever organized.

All this and more in our paddock magazine for the 2022 Hankook 24H PORTIMAO. Enjoy! 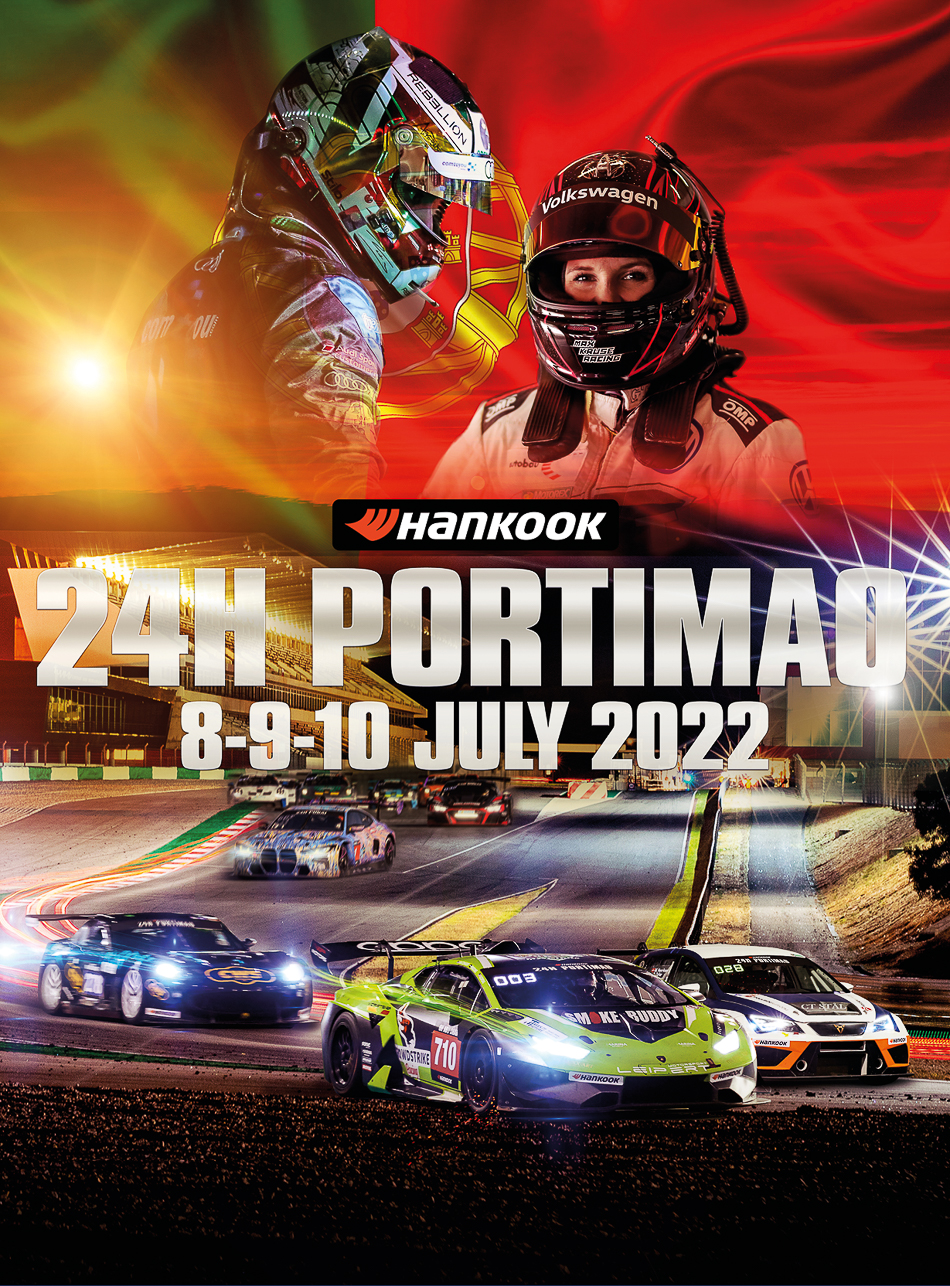