·      Overall TCE Teams’ champion Wolf-Power Racing back on the podium, despite driveshaft failure.

PORTIMAO (10 July, 2022) – TCR Teams’ championship leader BBR has secured its fourth win in the 24H SERIES powered by Hankook in 2022 at the Hankook 24H PORTIMAO, and might also have secured its first-ever 1-2 finish had luck gone its way.

The Thai team, which entered its first two-car line-up of the season this weekend in Portimão, was running 1st and 2nd in TCR at two-thirds distance, while metronomic pace and problems for its nearest rivals meant the duo had also pulled 10 laps clear of its nearest rival. Shortly after daybreak though, the BBR CUPRA Leon Competición TCR (#158, Chariya Nuya / Munkong Sathienthirakul / Sandy Stuvik / Grant Supaphongs / Nattanid Leewattanavalagul), which led TCR throughout the opening four hours before losing its alternator belt, later retired altogether following an engine bay fire.

“This for sure was super hard both on the track and off the track,” Tanart explained to radiolemans.com’s Joe Bradley. “When the morning came, we had a slight problem with overheating, so we just tried our best to survive and that’s what we did. I would like first to thank my team because they were absolute beasts this weekend! Everything was spot on. Also, my teammates, who gave everything in every stint.”

Such was BBR’s pace, the TCR winner finished 7th overall at the Hankook 24H PORTIMAO. The win further strengthens the Thai team’s position at the top of the TCR European standings.

It should be noted however that, owing to the mandatory data-memory card not being mounted correctly to the car’s data-logger, as discovered during post-race scrutineering, BBR a five-place grid penalty for next round of the 24H SERIES in Barcelona. 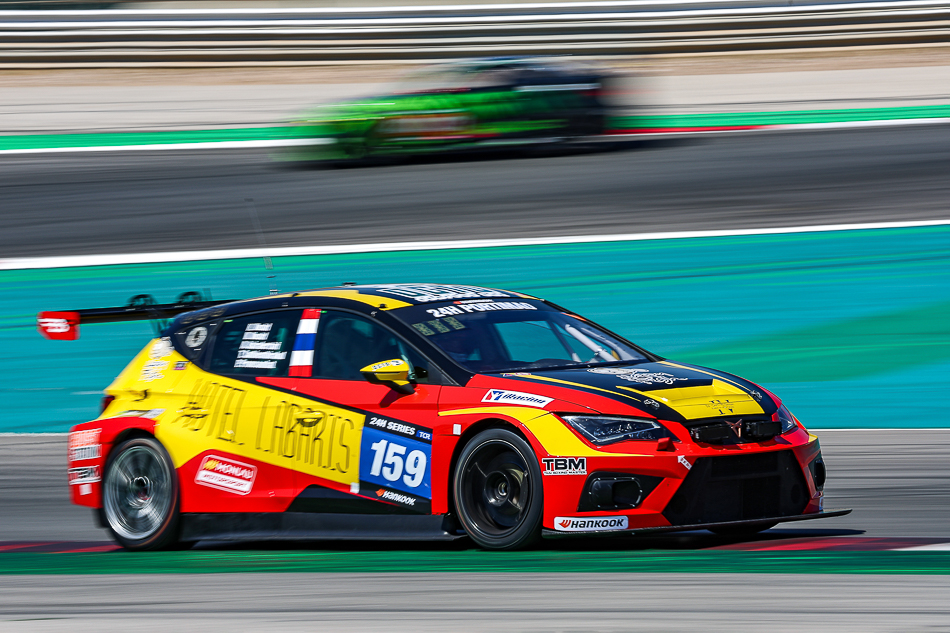 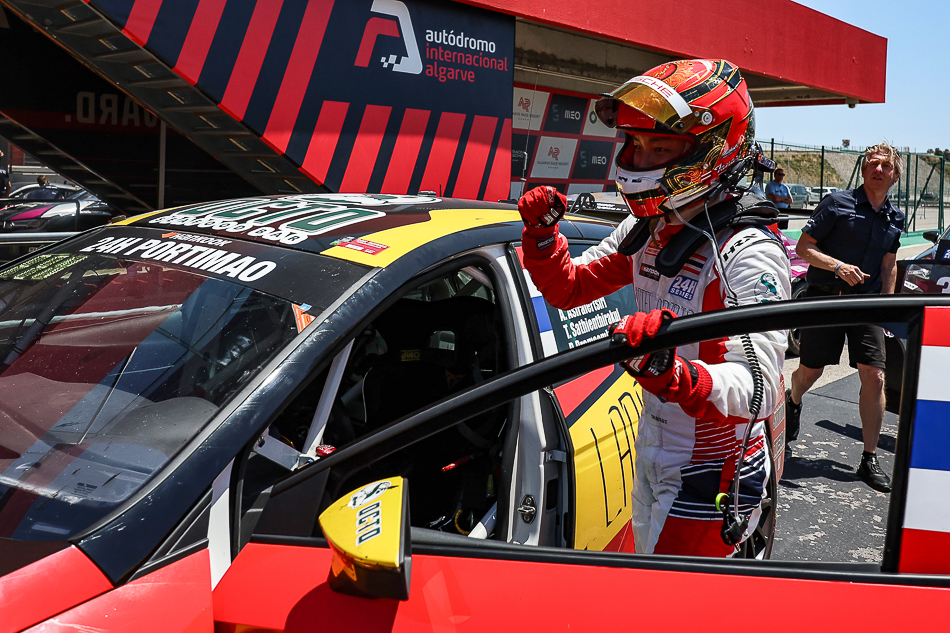 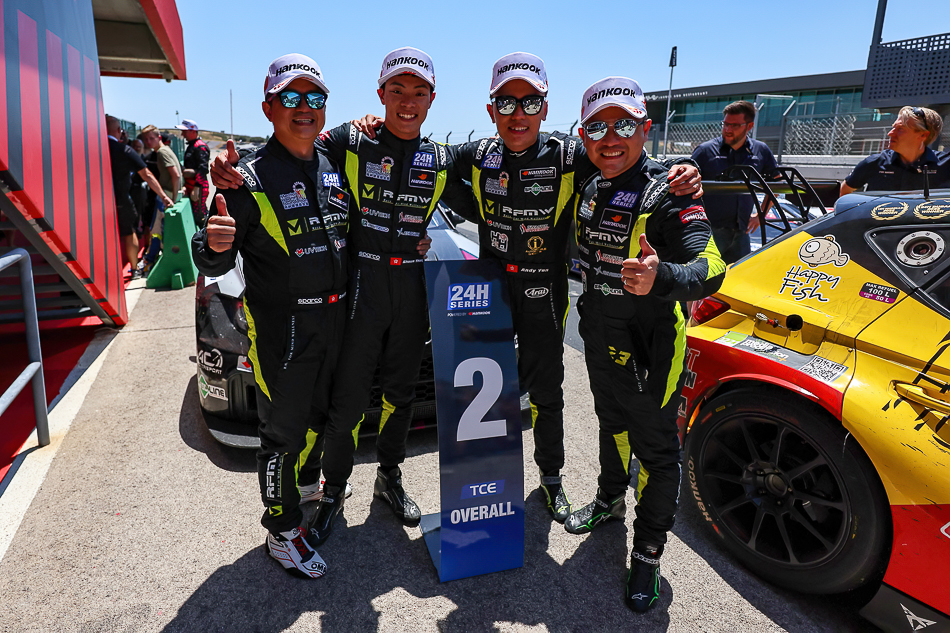 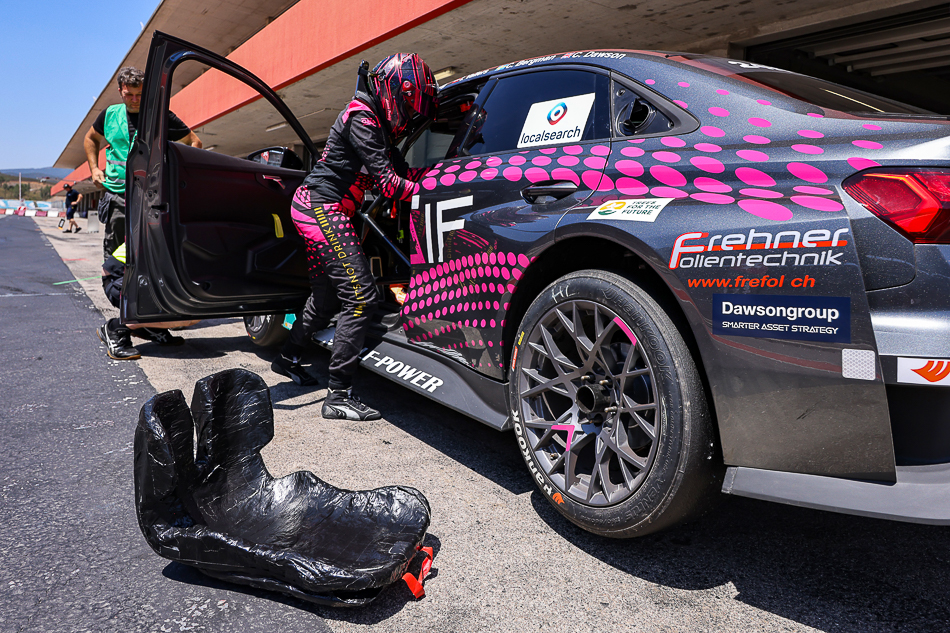 Despite losing power both at one-third distance and within the closing hour, the returning AC Motorsport Audi RS 3 LMS (#188, David Lau / Tommy Ku / Shaun Thong / Andy Yan) completed a strong run to 2nd in-class, just ahead of the Wolf-Power Racing Audi RS3 LMS (#116, Jasmin Preisig / Ivars Vallers / Calle Bergman / Charles Dawson). The latter had been in contention for TCR victory at half-distance only to suffer two separate driveshaft failures and a differential issue. The reigning Overall TCE Teams’ champion could at least celebrate its first 24H SERIES podium since the Hankook 12H MUGELLO in March.

Severe vibrations, and resultant punctures, cost the returning Viper Niza Racing CUPRA TCR (#165, Douglas Khoo / Dominic Ang / Melvin Moh / Gilbert Ang) significant time during the night, as indeed did a loss of power heading into the final hour. The Malaysian team did manage to collect the chequered flag for 6th on its first showing with CREVENTIC since 2019.

The next round of this year’s 24H SERIES powered by Hankook – the Hankook 24H BARCELONA – will take place at the Circuit de Barcelona-Catalunya on 9-10-11 September. Further details regarding the 2022 24H SERIES calendar and championship standings can be found HERE