GENNEP (3 June, 2020) – With the Hankook 12H HOCKENHEIMRING barely in the rear-view mirror, attention is already turning to the fifth championship round of this year’s 24H SERIES powered by Hankook at the Autódromo Internacional do Algarve on 9-10-11 July.

This year marks the fifth time the Hankook 24H PORTIMAO will be held since its inaugural running in 2017, and will also be the first ‘round the clock’ CREVENTIC event to be held since the season-opening Hankook 24H DUBAI in January. Unsurprisingly, though there is still well over a month to go before the green flag is unfurled, the prospect of a 24-hour race in the Algarve and a championship fight hotting up across multiple divisions has already seen close to 40 teams representing a dozen manufacturers and 14 different nations sign up for CREVENTIC’s annual sojourn to the Algarve.

Ole Dörlemann sporting coordinator:“As it has proven many times over the years, the Hankook 24H PORTIMAO is fast becoming one of CREVENTIC’s most popular events. The Autódromo do Algarve is regularly one of the most technically challenging circuits on our calendar, and you couldn’t ask for a more stunning climate and location for a full 24-hour race than southern Portugal!”

With two wins from three entries already under its belt this season, Germany’s Phoenix Racing (#18) will be hoping to cement a hattrick in Portimão with its R8 LMS GT3 EVO II, and thus strengthen its lead at the top of the GT3 Teams’ European standings. Similarly, CP Racing (#85), currently the lead GT3 Team overall in the Championship of the Continents and at the head of the GT3-Am Teams’ European standings after taking class wins in Dubai and Spa-Francorchamps, will be eying their third victory of the season in Portugal.

WTM Racing (#22), which joined Phoenix Racing and CP Racing on the podium at Spa-Francorchamps, has prior form with the Ferrari 488 GT3 at in Portimão, having finished 2nd overall on its series debut in 2017 and 3rd overall at the 2019 edition. Tellingly, in the last four editions of the Hankook 24H PORTIMAO, Ferraris have won three of them outright.

The outlier? Herberth Motorsport (#91), which took an impressive 1-2 finish overall in 2020 with its duo of Porsche 911 GT3 Rs. The 2017 Overall GT Teams’ ‘Continents’ champion returns after a one-race clash at Hockenheim and will no doubt be keen to get a first season win under its belt in the Algarve.

A frustrating end to its race at Spa-Francorchamps notwithstanding, SAINTéLOC Racing (#26) has registered an Audi R8 LMS GT3 EVO II for the Hankook 24H PORTIMAO. Similarly, Team Joos Sportwagentechnik (#27), which finished an impressive 2nd in-class on its series debut in Dubai, enters a Porsche 911 GT3 R for its first European round of the season. 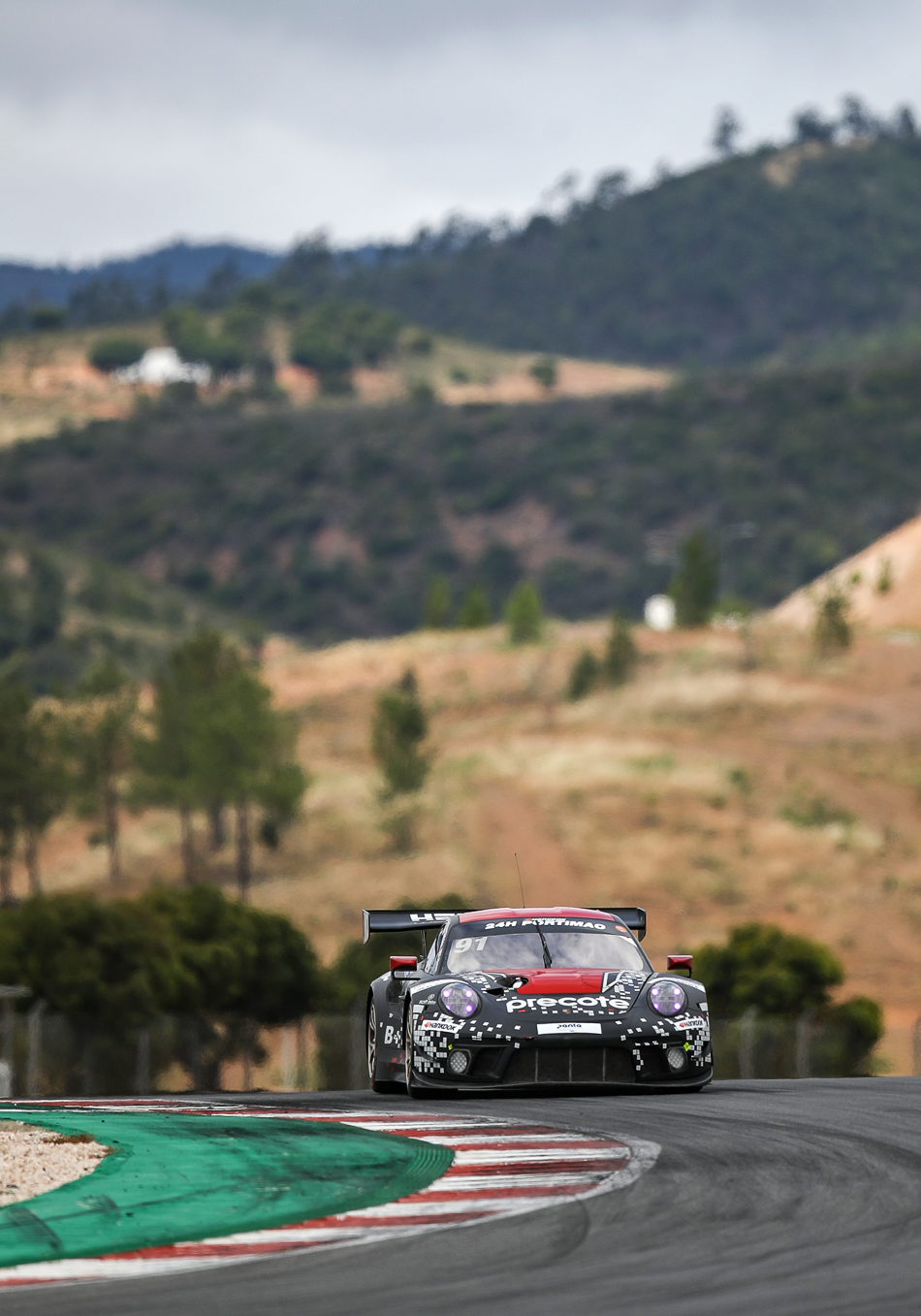 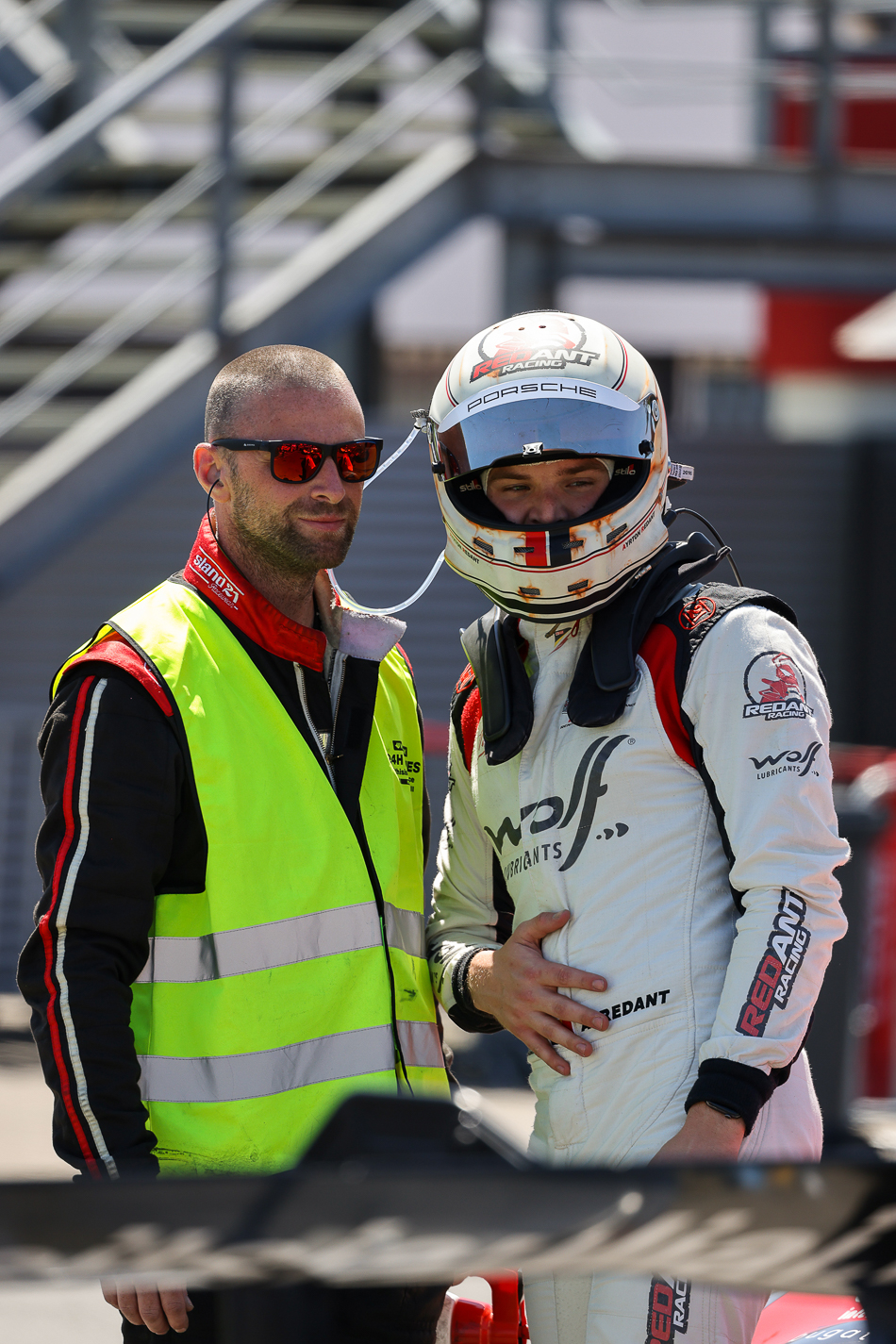 Fresh from its second class win of the year at the Hockenheimring, Red Camel-Jordans.nl (#909) currently heads the 992 Teams’ standings in both title chases. Albeit, only just: the Dutch team holds a slim three-point lead over the #904 Red Ant Racing Porsche and a seven-point advantage in the European standings over the sister #903 Red Ant Racing 992 GT3 Cup. With two class wins already to its name in 2022, Red Ant Racing will want to put memories of its late retirement in Hockenheim behind it in Portugal.

Plusline-Racing-Team by Terting&Müskens (#905) finished a strong recovery drive at the Hankook 12H HOCKENHEIMRING on the podium behind Red Camel-Jordans.nl and Red Ant Racing, and will hope to continue this momentum in the Algarve.

ID Racing makes its first start of the season since Abu Dhabi, doing so with a standalone Porsche 992 GT3 Cup (#944) and a collaborative entry with RABDAN Motorsport (#977). The Abu Dhabi-based team, which finished 4th in-class in Dubai, will be hoping for a strong run in Portugal to kickstart its Championship of the Continents title bid.

Former SPX and 991 Teams’ champion Speed Lover makes its series return at the Hankook 24H PORTIMAO with a Porsche 992 GT3 Cup (#979) and its previous generation 911-II Cup (#978). The latter is set to face off against reigning 991 Teams’ champion Willi Motorsport by Ebimotors (#955), which makes a long-awaited return at Portimão after a heavy, race-ending shunt
in Mugello.

The Porsche-exclusive categories are thus far rounded out by the United Arab Emirates’ TT Racing (#960), which made its 24H SERIES bow at this year’s Hankook 6H ABU DHABI.

The fight for GTX championship honours looks set to go down to the wire, with all three title contenders confirmed for Portimão. Leipert Motorsport (#710) and RD Signs – Siauliai racing team (#720) share a joint-lead in the European standings, and will each compete with a Lamborghini Huracán Super Trofeo. RD Signs’ absence in Dubai means Leipert also leads the Championship of the Continents GTX ranks, albeit by just six points over Vortex V8 (#701), which has once again entered its eponymous, lightweight Vortex 1.0.

Interestingly, with none of the title contenders having taken a GTX win yet in 2022 – Leipert has runners-up spots to its name in Dubai and Hockenheim, RD Signs finished 2nd in Mugello, and Vortex was 2nd at Spa-Francorchamps – the chase is decidedly on to see which of the three will break this duck in Portimão!

After a one-race hiatus, TEAM ACP – Tangerine Associates, which currently leads the GT4 Teams’ European standings following wins in Mugello and Spa-Francorchamps, makes its return in Portugal with two BMW M4 GT4s (#421 and #422). Alongside its tenured Volkswagen Golf GTi, the Lestrup Racing Team (#460), interestingly, is also set to make its GT division debut in the 24H SERIES with a BMW M4 GT4. The Swedish team made its first 24H SERIES start in three years last time out at Hockenheim, securing 3rd overall in TCE with its brand-new Audi RS 3 LMS.

After a strong showing so far in the TCE division, Britain’s Valluga (#405) is similarly set to make the jump to GT4 in Portimão, while compatriot – and series staple – CWS Engineering (#478) continues its developmental program with the new V8-powered Ginetta G56.

CREVENTIC is also thrilled to welcome Britain’s Ram Racing (#405) and Germany’s PROsport Performance (#401) back to the GT4 fold in Portugal. 2020 Overall GT Teams’ ‘European’ champion PROsport made its series return back in January with its Aston Martin Vantage GT4, while Ram Racing is set to make its first 24H SERIES start since the Hankook 24H BARCELONA in 2018, doing so for the first time in the GT4 category with its new Mercedes-AMG GT4. 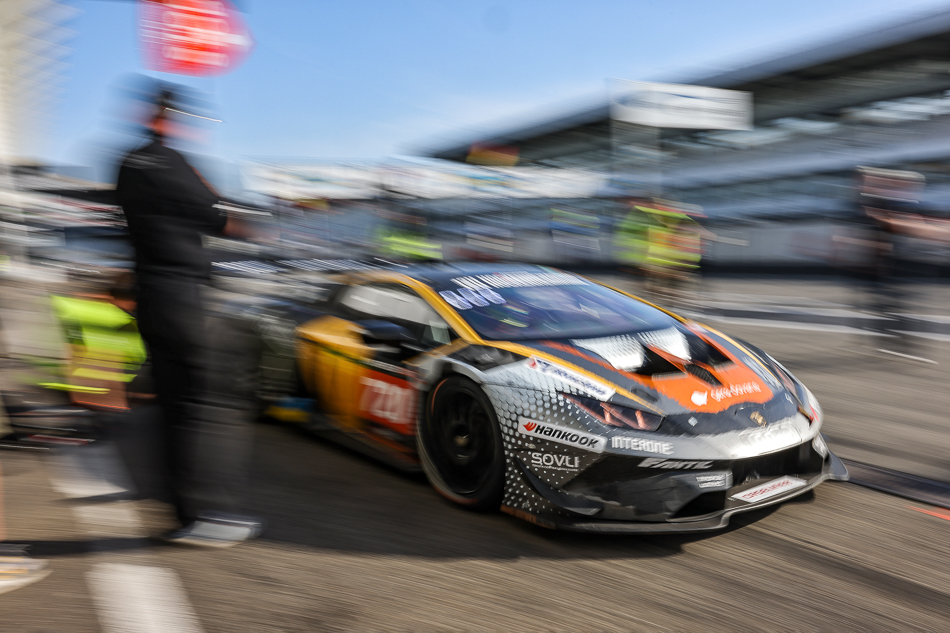 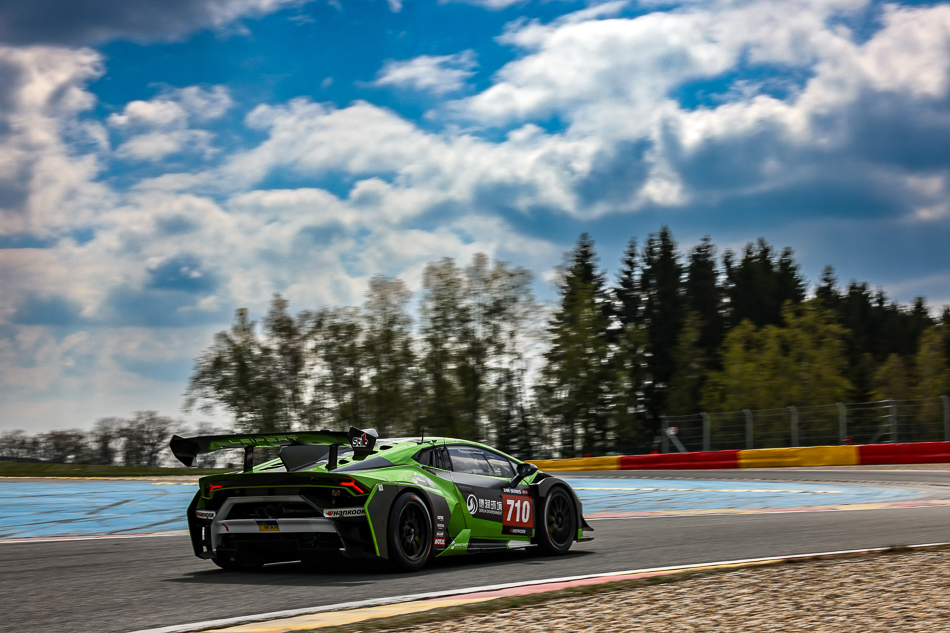 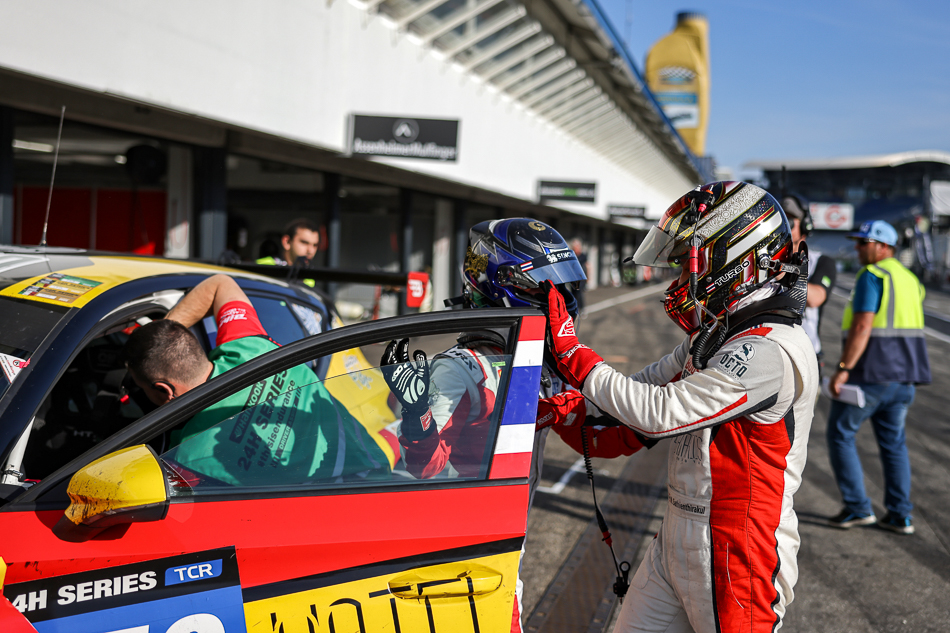 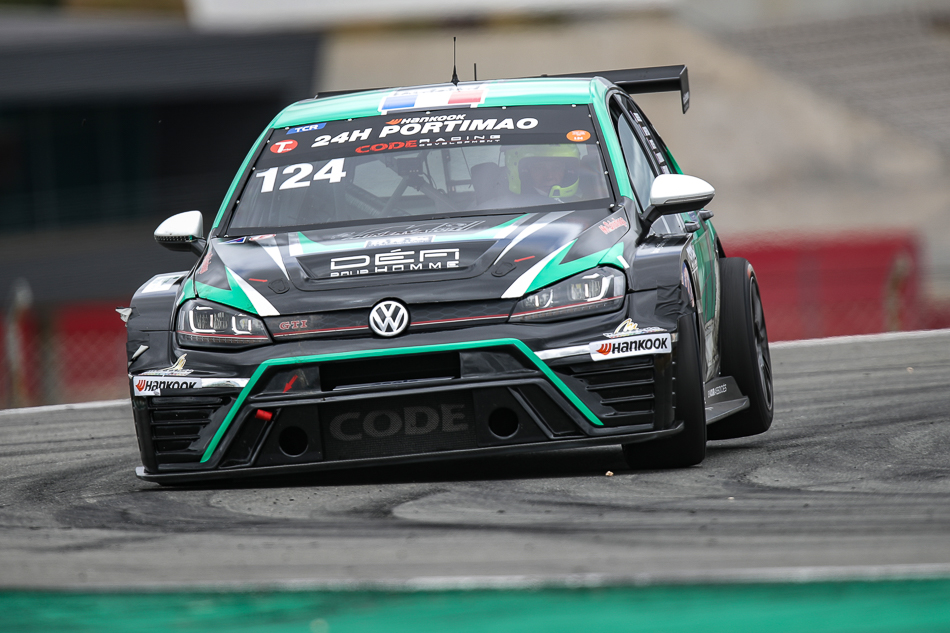 In a significant move, BBR has registered two CUPRA Leon Competicións (#158 and #159) for the Hankook 24H PORTIMAO in a bid to strengthen its TCR Teams’ championship lead. The all-Thai team has taken three wins from four outings in 2022 – its recovery drive to 5th at Spa-Francorchamps the sole exception – and now heads both the European standings and the Championship of the Continents.

Fellow championship contender Wolf-Power Racing (#116), which won the last three Overall TCE Teams’ titles together with Autorama Motorsport, will no doubt be looking for improved fortunes in Portimão. The Audi RS 3 LMS lasted just eight laps into the 12-hour event and was forced to retire with significant suspension and gearbox damage after an on-track collision.

Alongside the Lestrup Racing Team Volkswagen (#110), CODE Racing Development (#106), which has also entered a Golf GTI for Portugal, returns for its first series start, aptly, since the Hankook 24H PORTIMAO in 2020. An impressive run saw the French team finish 4th on that occasion.

Fellow series returnee Viper Niza Racing (#165) meanwhile is set to make its first start with CREVENTIC since the TCR SPA 500 in 2019, the Malaysian team doing so with a CUPRA TCR.

SK Racing (#215) rounds out the TCE field thus far, and will be looking to add to its TCX-class win earlier this year in Mugello.

Three Free Practice sessions get the official on-track action underway from 10.50 hrs local time on Friday 8 July, with two 55-minutes Qualifying sessions – one apiece for the TCE and GT divisions – set to follow later that afternoon from 16.50 hrs onwards. The day is brought to a close with a 90-minute Night Practice session from 20.30 hrs to 22.00 hrs that evening.

The green flag for the fifth Hankook 24H PORTIMAO will be flown at 14.00 hrs on Saturday 9 July, with the 24-hour event set to run uninterrupted through the night until the chequered flag is unfurled at 14.00 hrs on Sunday 10 July.

As always, live coverage of each qualifying session and the race proper, plus Night Practice, will be readily available on the official 24H SERIES YouTube channel, complete with commentary from radiolemans.com. Live broadcast partners for the Hankook 24H PORTIMAO will also be announced during the week of the event. Further details regarding the 2022 24H SERIES calendar and championship standings can be found HERE and HERE 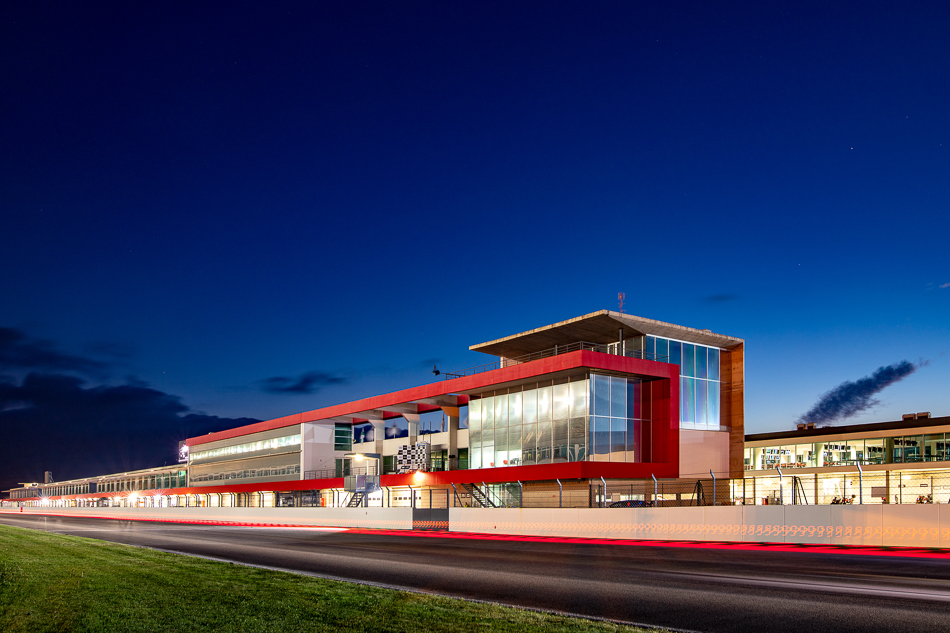 Counting down the days; one week to go before Hankook 24H PORTIMAO returns!

INTERVIEW. How to win a 24-hour race, with BBR